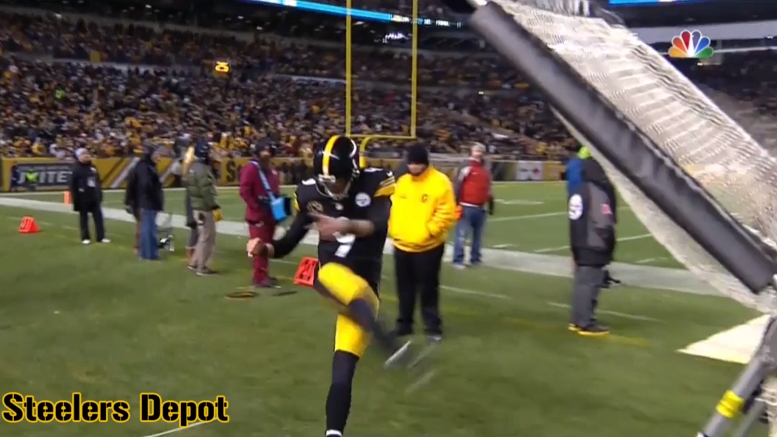 Let’s put it this way: when you’re at the bottom, there is only one direction you can go. That’s pretty close to where Steelers Chris Boswell was coming off a season in which he missed seven of 20 field goal attempts in addition to five extra point attempts.

He went from being in the Pro Bowl in 2017 to very nearly being released in the second half of the 2018 season. The Steelers brought in a couple of challengers to work against him in an open competition for the kicking job late in the year, but they determined that he won. They also determined that they would give him a challenge this offseason.

So far, his only competition is Matthew Wright, a rookie college free agent. They had Matt McCrane on the roster up until rookie minicamp before they released him. McCrane was one of the kickers that they brought in to compete with him last year, and he finished on the roster kicking in the finale after Boswell was put on injured reserve.

This offseason, though, he has been getting positive reviews. While special teams coordinator Danny Smith heavily qualified his comments by saying that the only way they’ll really know if he’s ‘back’ is if he does it in games, he did say that Boswell was looking good, and that they worked on some mechanical issues that he would not go into detail about.

Solving the kicker situation is one of the biggest storylines of the offseason, or at least it should be, if you take into consideration how big of a role it has played in the past two years—a good one in 2017, and the opposite in 2018.

Boswell was supposed to be the solution, which is why they signed him to a long-term deal prior to the 2018 season. He will be given every opportunity to earn his job back, but he could be on a short leash. For the time being, though, he has an ascending spring, and that’s a start.