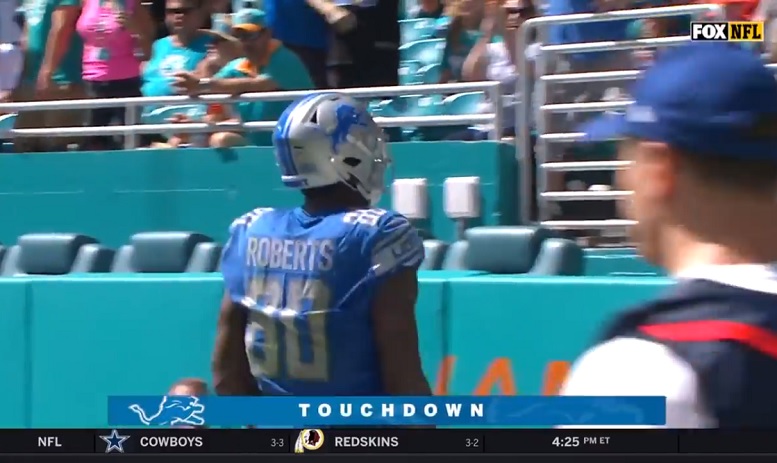 Question: Will the Steelers put in a waiver claim for tight end Michael Roberts?

As we talked about yesterday, Michael Roberts is a player that the Steelers showed a good amount of interest in during the 2017 NFL Draft. He was reportedly even a target of theirs for the fourth round, but he went off the board eight spots ahead of them.

And as you should know by now, Pittsburgh is a team that really flexes its rolodex when it comes to revisiting players that they liked during the draft. Ryan Switzer is yet another player that they liked, and he came off the board just two picks ahead of them in the fourth round that same year. Though they passed on Jordan Leggett, another tight end, in the fourth round that year, they tried to claim him recently.

His case is different from Leggett’s, of course. The New England Patriots tried to trade for Roberts, but the trade was negated when he failed his physical with the team. He reverted back to the Detroit Lions, who then waived him.

As you’ll remember, the Lions signed Jesse James in free agency, and also drafted a tight end in the first round, so, like the New York Jets in releasing Leggett, they are a team who may have an overabundance, to explain why they may part with a player who is competent.

Roberts claims that he is healthy and working on building back his strength. With it now being the down time before training camp, however, and him perhaps not at 100 percent, it wouldn’t at all be surprising if he goes unclaimed, since there’s nothing he would be doing with teams right now, anyway.