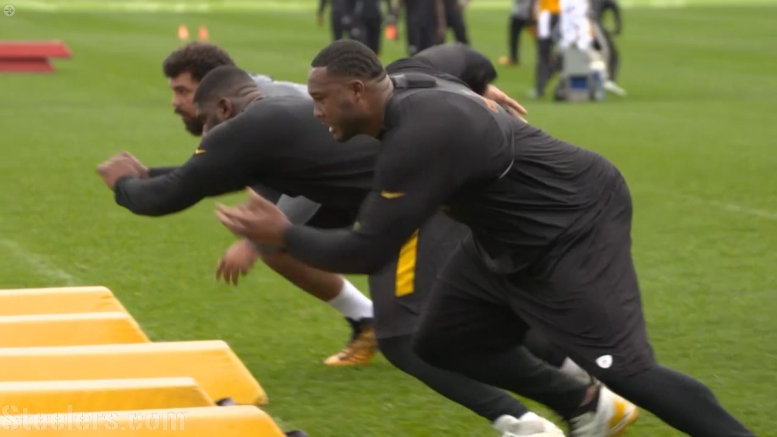 Question: Who will lead the Steelers’ defensive line in sacks?

The Steelers have been asking, and receiving, more out of their defensive line in the pass rush under Keith Butler for the past several seasons. Cameron Heyward even led the team or tied for the lead in sacks in a few different years during that span.

Last season, all three of the team’s primary defensive linemen posted at least five and a half sacks, with Heyward at eight, Javon Hargrave at six and a half, and Stephon Tuitt at five and a half. That is good production as a group, but they also compete with one another to see who can get the most.

So who will it be this year? I think Hargrave is going to see more snaps in the nickel than he ever has before, so I certainly think that he is capable of delivering a repeat statistical performance. Heyward is always good for five or more at a minimum, and Tuitt can easily have a career year if he remains healthy.

So how will it all actually unfold? One thing that plays in Tuitt’s favor is that he is paired with arguably the team’s best pass rusher now in T.J. Watt. Watt occupying some blockers can help him get into the backfield more frequently, and with higher-quality opportunities to finish the play.

Heyward has posted 20 sacks over the past two seasons, including 12 in 2017 and eight last year, so he should obviously be the favorite, but those are also the highest numbers he has put in his career since being drafted in 2011.

Truth be told, I am most curious about Hargrave, who really seemed to develop even more as a pass rusher in the second half of last season. If the Steelers actually give him more playing time, I think he can be an interior pass-rusher who can really do some damage.