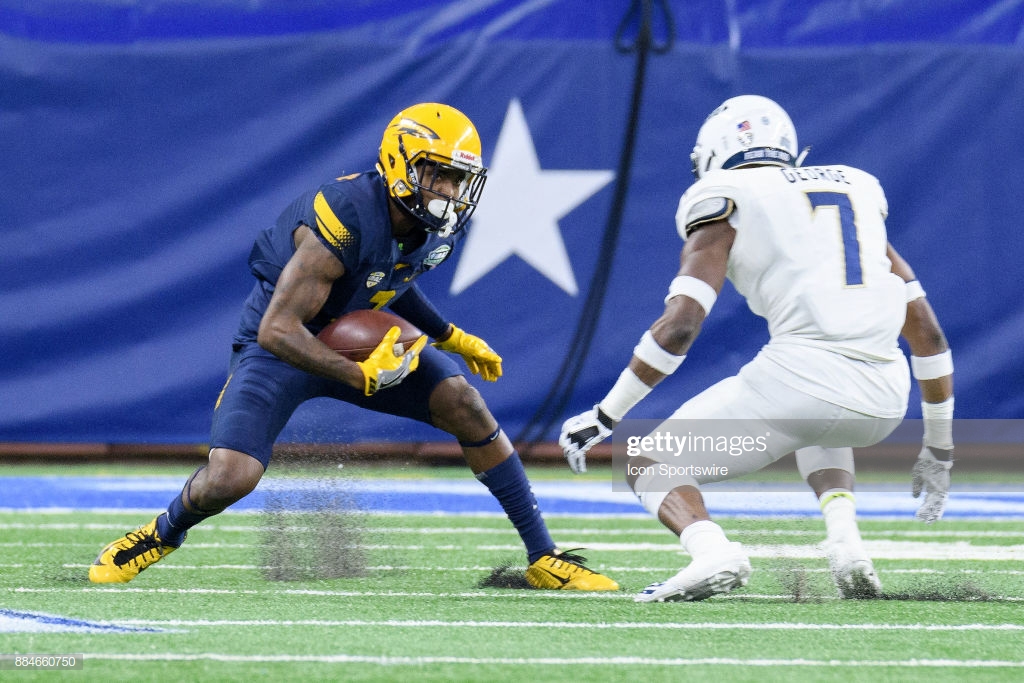 After signing two of their sixth-round draft picks on Tuesday, in outside linebacker Sutton Smith and defensive lineman Isaiah Buggs, the Pittsburgh Steelers announced Wednesday morning that they have now also signed their first of two third-round selections this year, wide receiver Diontae Johnson, who was the 66th overall pick this year.

At this year’s scouting combine, Johnson weighed in at 5104, 183-pounds and ran his 40-yard dash in 4.53-seconds. He posted s 33.5-inch vertical jump to go along with a 10’3″ broad jump. Last year at Toledo, Johnson caught 49 passes for 761 yards and eight touchdowns. His best season came as a sophomore in 2017 as he caught 74 passes for nearly 1300 yards and 13 scores that year. Johnson returned 79 kickoffs for 1,849 yards and 2 touchdowns in addition to returning 17 punts for 343 yards and 2 touchdowns during his college career.

Johnson was the MAC Special Teams Player of the Year for the 2018 season and was also given First-Team All-MAC honors as a wide receiver and punt returner and Second-Team All-MAC as a kickoff returner. A two-year starter at Toledo, Johnson was primarily the “X” receiver in their offense, lining up primarily in the boundary.

“We’re very excited about Diontae Johnson, not only is he a tremendous football player, but also a tremendous young man,” Steelers wide receiver coach Darryl Drake said immediately after Johnson was selected in the draft. “I fell in love with him after spending time with him, dining with him, and talking to him – seeing his passion for the game, his passion for wanting to be great, and his passion for his teammates. He did an outstanding job at Toledo, not only as a wide receiver but on special teams, as a returner.”

According to estimates by Over the Cap ahead of this year’s draft, Johnson’s four-year contract that he signed on Wednesday is expected to total out at around $3,653,420 and include a signing bonus of roughly $1,133,420. His 2019 salary cap charge is expected to be around $778,355, according to those estimated numbers.

As soon as Johnson’s contract is officially filed with the NFLPA, we’ll pass along the exact numbers to you. Several more members of the Steelers 2019 draft class are expected to sign their rookie contracts by end of this coming weekend as that’s when the team’s annual rookie mini camp is scheduled to take place.