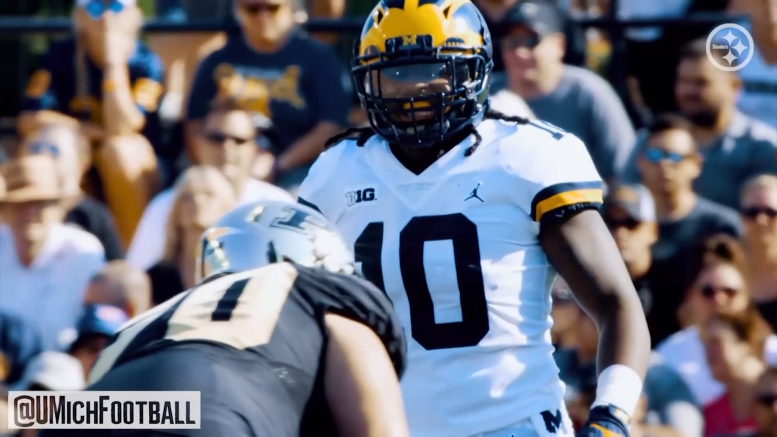 I’m not sure whether or not it is, but in my opinion, the topic of whether or not NCAA athletes should be compensated in some way for their contributions to multi-billion-dollar enterprises should be one of the biggest topics in all of sports. Compensated, of course, in some way beyond their scholarships, before I get comments about that.

Apparently, the NCAA is working toward a solution, or at least working toward considering a solution, that would allow athletes to be indirectly compensated in ways that do not constitute a salary as an employee of the university. As you could imagine, the NCAA would benefit from this arrangement, and I’m sure you know where this is heading.

What they’re really, in essence, considering is how they can profit even more from the likenesses of their athletes. NCAA video games were very popular before they were put on hold in 2013, in part due to issues about using player likenesses.

They would love to market their star players for video games and things of that nature, but that’s a tough sell today without allowing the people whose likenesses you’re using to profit from it in any way. I’m fairly confident this is pretty much the only reason that the discussion is being had.

Last week, the formation of a group was announced, whose job it will be to consider how rules can be modified to allow student-athletes to be compensated when there is financial gain to be had from usage of their likeness, name, and image.

Want to buy official merchandise from your favorite college athletes that are currently not allowed? Well, that could change relatively soon. People like Todd Gurley and Johnny Manziel might no longer get in trouble, even suspended, for accepting money for an autograph.

“This group will bring together diverse opinions from the … that will examine the NCAA’s position on name, image and likeness benefits and potentially propose rule modifications tethered to education”, a statement read.

“While the formation of this group is an important step to confirming what we believe as an association, the group’s work will not result in paying students as employees,”, however, it added. “That structure is contrary to the NCAA’s educational mission and will not be a part of this discussion.”.

So, again, they are essentially looking to move the needle as little as possible while allowing them to benefit the most from it, is what my take is on this situation. Maybe you’re not as cynical about the college sports world as I am. Many of you probably disagree that student-athletes should be entitled to be paid even as employees, as I feel.

In 2009, former college athlete Ed O’Bannon filed a federal antitrust lawsuit challenging the NCAA’s ability to use player likenesses, which began the domino effect that eliminated much of that activity. “Hmmm, I wonder where the NCAA got the idea to modify their rules to allow college athletes to be compensated for the use of their names, images and likeness”, he said upon hearing this news.