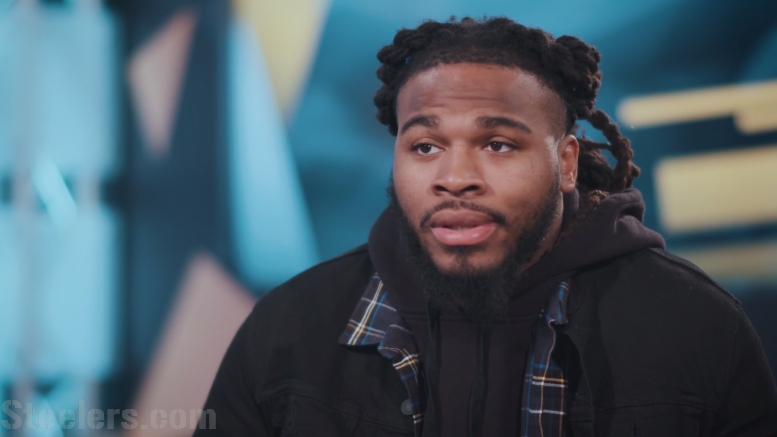 The fact that the Pittsburgh Steelers gave rookie first-round inside linebacker Devin Bush a lot of run with the first-team defense made headlines yesterday, as it should rightfully. But there was actually more to it than that. For one thing, while he took a lot of snaps, he didn’t take the first snaps.

Mark Barron did alongside Vince Williams. And Barron also worked with Bush over Williams at times. He told Mike Prisuta that the Steelers used a true three-man rotation at the inside linebacker position between them to open up OTAs.

Devin Bush wasn’t with No. 1s on first snap of OTA No. 1. Mark Barron lined up at ILB with Vince Williams. “Yeah, I did,” Barron said. The rest of the time, “We had a (3-man) rotation going,” Barron said. It wasn’t base or sub-package driven. Barron: “It was a pure rotation.” pic.twitter.com/gt2Mm8buZH

“It was pure rotation”, Barron said of the split work he, Bush, and Williams got running with the first-team offense. In other words, it was not based on personnel, situational placement, or anything like that. One pair got playing time, then one was swapped out for the other, and on it went, or so it has been indicated.

What does this mean? More than anything, I think it’s really just about the coaching staff wanting to do two things: one, get the two new faces at the position playing time; and two, simply figure out what those players look like.

There is also the third: figuring out which of the three possible combinations looks best: Bush-Williams, Barron-Bush, or Williams-Barron.

The other day, I featured Barron in my stock watch series and argued that the drafting of Bush lowers Barron’s stock value since he was signed to a $6 million-per-season two-year contract in free agency. The story would be a different one if he should supplant Williams full-time as a starter, though I don’t know that that would be the betting favorite among all possibilities.

The bottom line is that all three linebackers are valued and coveted by the coaching staff, but two of them are new, which means that there is a lot about them that they still need to figure out, even if one is a veteran of many years on the doorstep of 30.

The fact that Bush is getting run with the first-team defense immediately is a great sign, but I also really like seeing Barron being treated like the significant component he should prove capable of being. He got the first snaps and then quite a bit thereafter.

I imagine that rotation is going to continue for a while, but they are going to have to settle on two to start at some point this offseason, which is usually reserved for training camp. Even if they end up having to sit some money on the bench this season, this is a luxury they will gladly embrace given the issues at the position they went through just a year ago.