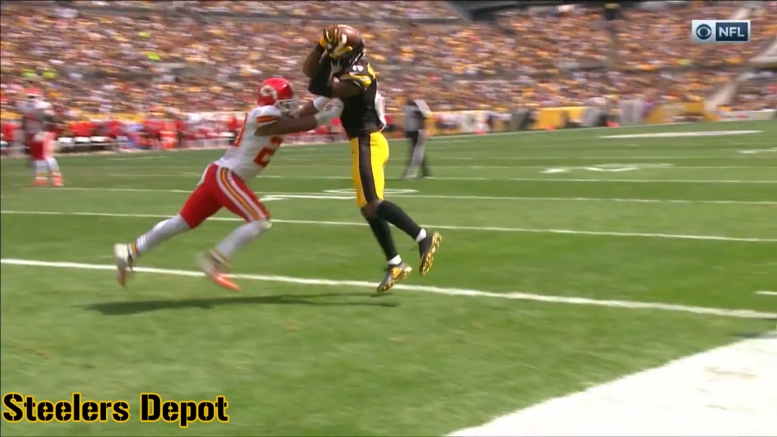 Third-year wide receiver JuJu Smith-Schuster is heading into somewhat uncharted waters this offseason. Not a young player stepping into the number one wide receiver role, but rather one doing so while also being expected to emerge as the leader of the group as well.

Despite his young age—at 22, he is in fact even younger than second-year James Washington and rookie Diontae Johnson—he has continued to show a maturity beyond his years as he assumes the Pittsburgh Steelers’ top target position in the aftermath of the Antonio Brown trade. And at least publicly, he has the right attitude about it all.

When asked about his former teammates, he told Will Graves recently, “I’m looking at mine, my own team, how we do and how we win, I’m fine. I would take five catches for 30 yards and win the game than have 10 catches, two touchdowns. It’s not really about myself at the end of the day. It’s about the Super Bowl”.

It’s necessary to provide the caveat that Antonio Brown also talked about his goal being team-oriented and regarding his desire, above all, to win a Super Bowl, for himself, for the organization, and for the city, something that he failed to do during his nine seasons here, and which he will continue to do with the Raiders.

It strikes a more genuine tone to hear Smith-Schuster say it, however. Brown was always known to be a stats-hungry player, routinely boasting about his output, which is something, at least to my awareness, that the third-year wide receiver has refrained from doing.

During his second season, Smith-Schuster recorded 111 receptions, the second-most in team history by anybody not named Antonio Brown, and 1426 receiving yards, the most by anybody other than the former Steeler. He averaged just under seven receptions for 89 yards per game.

That doesn’t mean he didn’t have his moments of low productivity, without complaining. When the team beat the New England Patriots last season, he only had four catches for 40 yards. What was he focused on after the game? The fact that they won, and that they controlled their own destiny—and that they beat the Patriots.

Brown’s former teammates would defend his sideline outbursts, which frequently included belligerent and undirected shouting and occasionally assaults on liquid-bearing vessels, as merely an extension of his passion for winning. Yet they always came after he wasn’t getting the football.

One particular player recording one particular play isn’t going to help the team get to the Super Bowl. You might be more likely to favor a specific person in a clutch situation, sure, but there is no minimum number of touches for anybody.

Smith-Schuster knows this. And I have a hard time picturing him begrudging some of his touches being distributed to the likes of Washington, Johnson, and others, provided that it serves the global purpose of winning games en route to a championship.