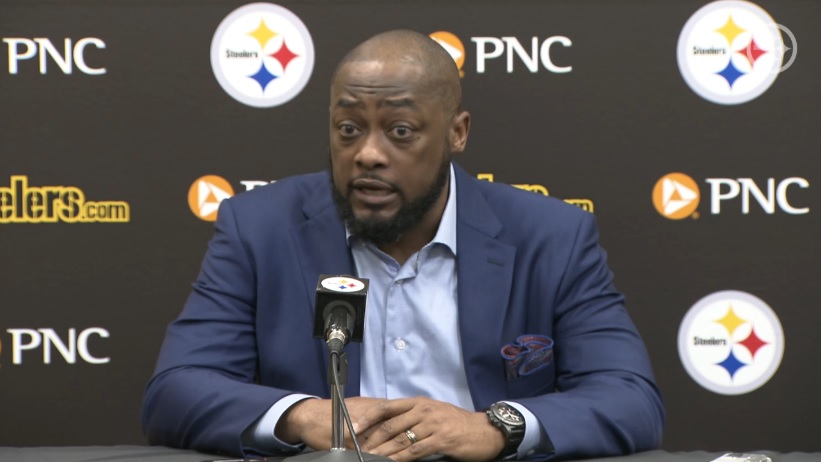 The Pittsburgh Steelers’ trade up 10 spots to select Michigan inside linebacker Devin Bush was a rare bold move, but it would be a stretch to call it a surprise, given the number of clues that have been provided throughout the offseason that it was a possibility. Bush is a player who checked all the boxes for the Steelers, and they had the ammunition to make the move.

When the opportunity presented itself, they made the move. Head Coach Mike Tomlin and General Manager Kevin Colbert explained why, after making the pick, they believed that he was the on-field answer that was worth giving up significant draft capital for.

“This is a quality young man who’s really an excellent football player. As an inside linebacker, his game is really predicated on what is needed to play the position in modern-day NFL football”, Colbert said toward the beginning in his opening statement earlier tonight in front of the local media.

“He can not only play the run, but he’s got exceptional cover abilities and he can also rush the passer. Very, very excited that we were able to move up and to be able to get a young player, a young man, like Devin Bush”, he went on.

Arguably the Steelers’ biggest issue last season was not the coverage of the cornerback position, but rather the issues over the middle of the field in coverage at linebacker. Bush, along with the addition of Mark Barron, should certainly provide an upgrade over Jon Bostic, and also reduce the need for Vince Williams to be on the field in coverage situations.

Whether or not he is on the field immediately, the Steelers and Tomlin know that Bush is a complete player who, once he gets out there, will have a very hard time coming off. The head coach multiple times referred to him as an “all-situations” player for a reason.

He added, he’s an “all-three-down type of a guy versus the run, versus the pass, in coverage, or in pressures”. In expanding later, he once again pointed to his ability to play in coverage, but went on, “I don’t want to underscore his blitzing capabilities too. I think that that was as exciting to me as his coverage. I mean what I said when I said he’s an exciting all-situations linebacker and to have that type of athleticism at the second level of the defense is critical in today’s NFL”.

Tomlin and the Steelers highly value blitzing capability from the inside linebacker position, something that Lawrence Timmons was very good at. Williams had success in that role as well. Bostic told Missi Matthew earlier this year that he was somewhat surprised by how much he was asked to blitz, which is something he was not used to doing.

Bush will be asked to do everything, and he should be capable of delivering everywhere. The organization identified him as one of the special players in the draft, and traded up in the first round for just the third time in franchise history to make sure that he would be available to them.