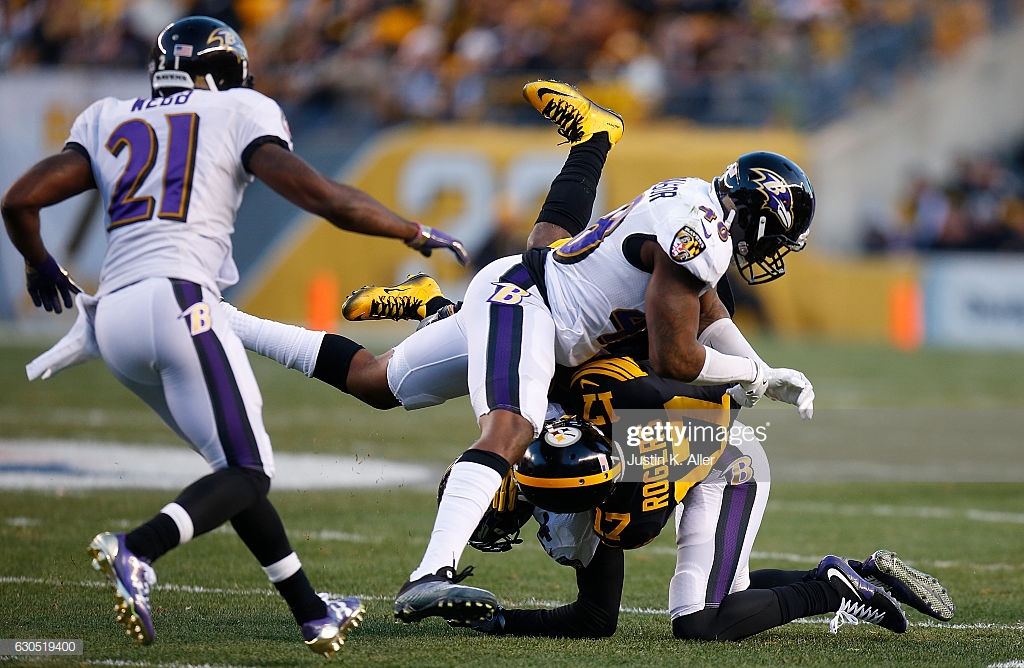 The Baltimore Ravens have not taken a hit to their defense the way they have this offseason in a good long while. Even with the retirement of Ray Lewis, and the departure of Ed Reed, do not amount to the significance of losing C.J. Mosley this offseason, as those Hall of Famers were past their primes at the end of their careers.

Mosley was the centerpiece of the Ravens’ defense at inside linebacker, the successor to Lewis. He wanted to be in Baltimore for life, he said at one point, but it’s unclear how much money they ever ponied up to try to keep him. instead, they spent big on replacing Eric Weddle, whom they released, with Earl Thomas.

Already the starter alongside him a year ago, it’s now Patrick Onwuasor as the ‘next man up’ of sorts to lead the Ravens’ defense, as he expects to be the one with the green dot going forward. He admitted to the Baltimore Sun that the unit’s departures—also including Terrell Suggs and Za’Darius Smith—are “going to hurt us a little bit”.

“Those guys were the leaders from the first day, but [Suggs] said it is time for the new breed, that it’s time for us to start our own legacy and carry on the tradition of playing great defense here”, he said. Make no mistake, the defense still has a lot of talented players, particularly up front and in the secondary.

Onwuasor played weakside linebacker a year ago, but the team might move him to Mosley’s spot on the field going forward. If that is the plan, though, he hasn’t heard about it yet.

“I want to know what you have heard”, he joked when asked about it. “All I know is that [defensive coordinator Don ‘Wink’ Martindale] is going to put me in the best position to make plays and help this team. Whatever he wants and asks I will do”.

Remember, Onwuasor, a former undrafted free agent, played safety in college. Even playing linebacker is still fairly new to him, and another move to the inside spot—where he did replace Mosley for two games last season while he was injured, and struggled—is significant. But if it does happen, he will have the offseason to make the adjustment.

The Ravens are counting on a lot of young players, particularly a linebacker, to step up this year. Young second- and third-year players—and potentially rookies as well—will play a bit role this year, namely Tim Williams, Tyus Bowser, and Kenny Young.

Onwuasor, heading into his fourth season, will be counted on the most of all, at least the way the roster is currently shaped, though the Ravens did already try to address inside linebacker in free agency but failed because they wanted to preserve their compensatory pick for 2020.