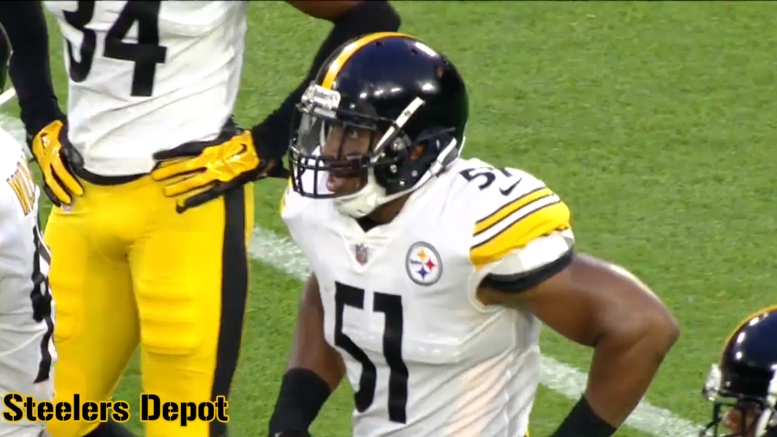 The Pittsburgh Steelers added two inside linebackers during the 2019 NFL Draft, plus a third linebacker who may also end up playing inside as well. As a result of these moves, the front office made the rapid determination that Jon Bostic, a 14-game starter after signing as an unrestricted free agent in 2018, would no longer be needed going forward.

The dismissal of a veteran based on the outcome of the draft is far from a rare occurrence. It happens every year on many teams, though it’s not as though every team releases veterans after every draft. For the Steelers, however, it’s the third time in as many years.

It started in 2017 when they had to add a quarterback in the preseason after Bruce Gradkowski suffered another season-ending injury. While they had Landry Jones in place as the top backup, the Steelers always carry three quarterbacks, so when the Tennessee Titans cut Zach Mettenberger loose, Pittsburgh claimed him off waivers.

Mettenberger already had a lot of starting experience up to that point in his career, which I believe was his third season, but had lost every game with an undermanned Tennessee Titans squad (he would finally go on to win his first professional start with the Memphis Express earlier this year).

The former Titan spent almost all of the 2016 season on the bench behind Jones, but when the Steelers had nothing to play for in the season finale, Ben Roethlisberger sat. So Jones started that game, and Mettenberger dressed, but did not play.

After that season is when Roethlisberger began floating around the idea of retiring, and so the Steelers scouts started dusting off their ‘How to Draft a Quarterback’ manual and came out of the 2017 NFL Draft with Joshua Dobbs in the fourth round out of Tennessee. Mettenberger would be released shortly thereafter, and he would never hook onto another NFL team.

J.J. Wilcox’s circumstances were somewhat similar. With mounting injuries at the safety position in the 2017 preseason, the Steelers acquired him via trade from the Tampa Bay Buccaneers, sending a sixth-round pick and getting a seventh back.

Unlike Mettenberger, Wilcox actually played early on, even rotating with Mike Mitchell while he was getting over an injury. But he fell out of favor as the season went on and was ultimately a healthy scratch by the end of the year.

Pittsburgh cleaned house in the safety room thereafter, releasing Mitchell and Robert Golden early in the spring, but they held on to Wilcox until after the draft, where they brought in Terrell Edmunds and Marcus Allen.

With Bostic, the writing was on the wall when Kevin Colbert said in February that they failed to properly address the inside linebacker position. They signed Mark Barron in free agency before trading up in the first round to land Devin Bush. With Sutton Smith and Ulysees Gilbert III joining the pack in the sixth round, it became clear that his presence was made redundant.

In contrast to Mettenberger, however, Wilcox ended up finding a job and playing last season (as did Mitchell). It certainly wouldn’t surprise me to see Bostic find another job, perhaps soon, perhaps in training camp. He can still play, for sure, but the Steelers are simply moving in a different direction.