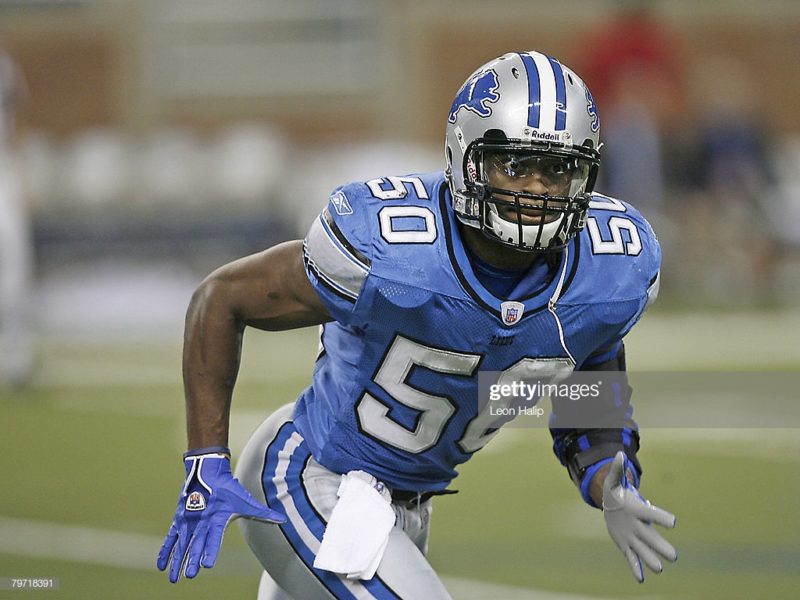 The 2019 NFL Draft will get underway Thursday night in Nashville, TN and Michigan linebacker Devin Bush is expected to be selected somewhere in the first-round, and possibly even within the first 10 picks. Bush, who declared for this year’s draft as an underclassman, is considered to be a little undersized for the position that he plays after measuring in at this year’s scouting combine at 5110, 234-pounds. Based on those measurables, and assuming that Bush is ultimately selected in the first-round Thursday night, it will mark the first time that an off-the-ball linebacker measuring in at under 6-feet at the combine has been selected in an opening round of a draft since 2006. That was the year that the Detroit Lions selected underclassman Florida State linebacker Ernie Sims 9th overall.

Sims, according to multiple sources on the internet, measured in at the 2006 scouting combine slightly taller than Bush did this year at 5111. Like Bush did this year, Sims also put on a little bit of weight ahead of him arriving in Indianapolis for the combine as records showed he weighed in at 231-pounds. Looking back the 2006 combine results, Sims performance in Indianapolis that year closely resembled what Bush registered this year at the annual Underwear Olympics. How close? Just look at the table below. The resemblance of all the measurables listed below is very scary.

The similarities between Bush and Sims don’t even come close to ending with combine measurables, however. Below are the aggregated stats that both players registered during their respective college careers and once again, it’s scary how close both sets are.

Moving beyond the similarities that Bush and Sims both had coming out of college, the two also have something else in common as both of their fathers, who coincidentally enough, have the same names as their sons, played college football at Florida State. Ernie Sims Sr. was a running back and linebackers at Florida State from 1977-1981 while Devin Bush Sr. was a safety for the Seminoles from 1991-1994.

The elder Bush was a very good college player at Florida State and wound up being selected 26th overall in the first-round of the 1995 NFL Draft by the Atlanta Falcons. He even went on to win a Super Bowl as a member of the St. Louis Rams in the 1999-2000 season. In 2016, the elder Bush became a defensive analyst for the University of Michigan under head coach Jim Harbaugh, joining his son, who was part of school’s recruiting class that year.

After being selected 9th overall by the Lions in the 2006 NFL Draft, Ernie Sims played his first four seasons in Detroit before being traded to the Philadelphia Eagles in April of 2010. During his 2006 rookie season. Sims played in and started all 16 games on his way to registering a team-best 124 total tackles to go along with half a sack, a forced fumble and a pass defensed as a weakside linebacker. His play that year resulted in him being named to the 2006 NFL All-Rookie Team.

In his first three seasons in the NFL as a member of the Lions, Sims played in every regular season game on his way to tallying 371 total tackles and only three other players, London Fletcher, DeMeco Ryans and Kirk Morrison registered more than him during that span.

Sims 2009 season season with Lions, which would ultimately be his last, was shortened by five games due to a shoulder injury. After the Lions traded Sims to the Eagles in 2010, the linebacker registered 55 total tackles in his one season with them that included him making 15 starts. The next season, Sims was with the Indianapolis Colts and despite being a part-time starter, he still managed to register 61 total tackles. Sims career ultimately wound down with him playing in 22 games with the Dallas Cowboys from 2012-2013. He started a total of 12 games combined for the Cowboys those two seasons.

In total, Sims played in 109 regular season games during his 8-year NFL career and he registered 622 total tackles of which 5.5 were sacks. He wasn’t huge producer of tackles that resulted in losses during his NFL career, however, and he also only managed 1 career interception and 6 forced fumbles.

We’ll have to see how early Bush ultimately goes in this year’s draft and if the Pittsburgh Steelers wind up being the team that selects him. Will he go on to have a relatively long and productive career in the NFL like Sims did? Will that production only be a large amount of tackles without many sacks or turnovers like Sims had? We’ll have to wait and see.