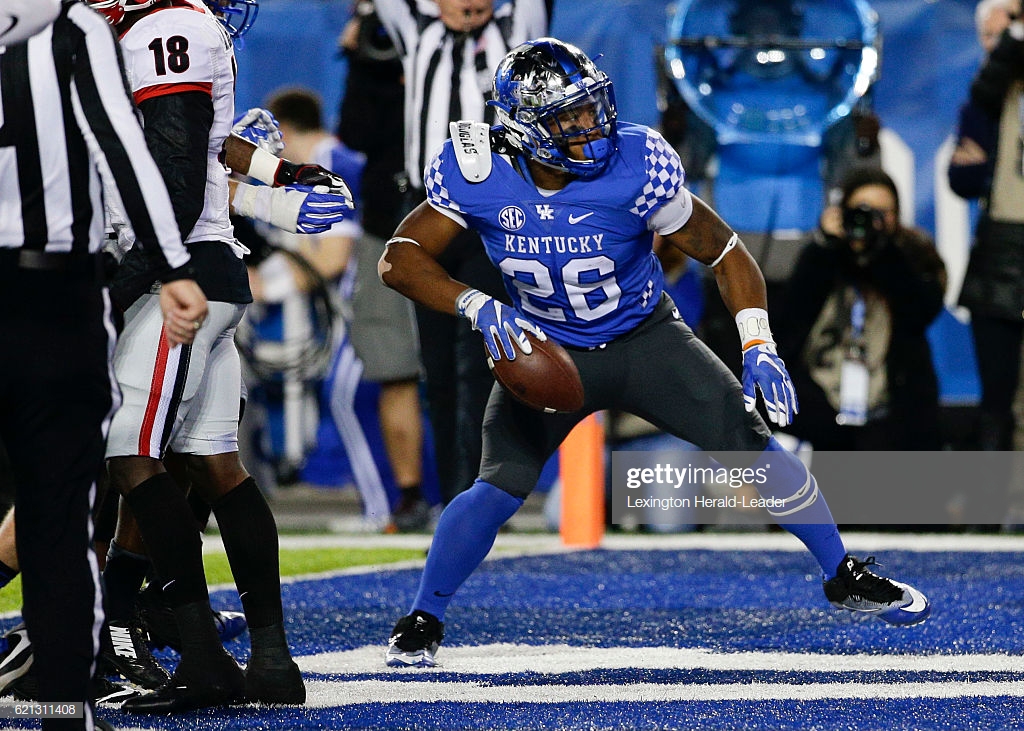 Following the 2019 NFL Draft, Pittsburgh Steelers General Manager Kevin Colbert and Head Coach Mike Tomlin singled out fourth-round running back Benny Snell for praise as a player who elected to participate in his team’s bowl game in spite of the fact that he would be coming out for the draft.

“One thing we really want to point out about Benny, in today’s college environment, a lot of these kids are skipping their bowl games as they head into their pro careers. And that’s the choices that they make”, Colbert said. “But when a player like Benny Snell did ends up playing for his team in his bowl game, we really like to acknowledge that and give him credit for putting his team and that win over his own priorities”.

Snell didn’t simply participate in the game, he play extensively and dominated, rushing for 144 yards on 26 carries with two touchdowns in a winning effort over Penn State. It capped of Kentucky’s best season since 1977, and he became the school’s all-time leading rusher with his score late in the third quarter of that game.

While the fact that he played, and played well, in Kentucky’s bowl game was significant in telling you a little something about his disposition, I think his post-game interview was equally revealing when he was asked about his decision.

“Everything just started from the beginning of the season. We come into the season the underdogs, we’re doubted a lot. We came into the season not ranked, not getting our respect”, he said. The Wildcats went 7-6 the previous two years—which was their best finish since 2009. The Citrus Bowl win was their first since 2008.

“The bond that we created with this team, it’s a brotherhood. It’s deeper than football. It’s way deeper than football”, Snell went on in describing his passion for not just the game, but for his team. “I’m proud of all my guys. We came such a long way and we proved so many people wrong”.

Later, he was asked about his emotions as he set the school record, with a score, for rushing yards. “I had no words for when I stepped in the end zone”, he said. “I was on the sideline, I knew I had like three or four yards left” to break the record. His coach gave him the nod. “I said ‘yeah, let’s do this!’. He proceeded to praise the offensive line that he ran behind the past three years, calling himself blessed to do so.

The Wildcats went 5-7 in the two seasons prior to Snell. They only won two games in the two seasons preceding that. So for them to post winning records each year—to go 10-3 in 2018 and cap things off with a bowl win—was huge for Snell, even though he was prepared to embark on the next stage of his career.

It’s hard not to read into that, and you just hope that he has the same sort of passion and drive toward the Steelers for taking the chance on him in the fourth round. He’ll come in as the underdog of sorts behind Pro Bowler James Conner and Jaylen Samuels, who had a solid rookie season, but my guess is that he’s going to embrace that challenge.