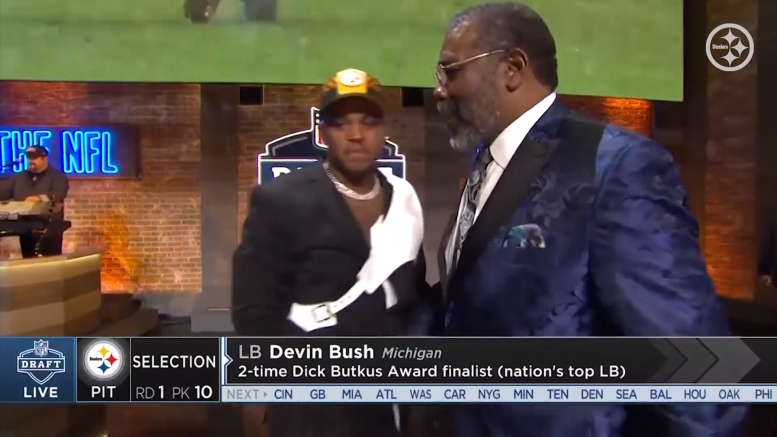 The Pittsburgh Steelers have been around for over 80 years. That doesn’t mean that the entire length of their history has been illustrious. And more so than most organizations, they had a clear, demonstrative turning point in their history, which came in 1969 with the rise in prominence of three particular figures: Dan Rooney, Chuck Noll, and Joe Greene.

While Rooney was already involved with the team, it was he who was essentially in charge of hiring a new coach who wasn’t going to trade all their draft picks away for aging veterans. His imprint was most felt by bringing in Noll, who brought in Greene, who as a trio completely reshaped the course of the franchise’ history.

Greene, the fourth-overall pick in the 1969 NFL Draft, is just one of a handful of top-10 picks the team has had in the modern era, also including Terry Bradshaw, Rod Woodson, Plaxico Burress, John Rienstra, Tim Worley, and Frank Lewis. They had plenty of top-10 picks before then, but the fact that they had so few after signals just how much of a difference this period made.

The Steelers won their first game in their first season under Noll in 1969 before proceeding to lose the rest, which ultimately afforded them the top pick in the 1970 NFL Draft that got them Bradshaw. Another poor season in 1970 gave them the eighth-overall pick that they used on Lewis. They wouldn’t have a top-10 pick again until 1986, and then again in 1987 when they were able to get Woodson, who would help spark their 90s revival.

Three Hall of Famers out of seven top-10 picks isn’t bad at all, and Burress and Lewis certainly had strong seasons. Worley and Rienstra were clearly the worse of the picks, but even they carved out six- and seven-year careers.

There will never be another draft pick who will even enter a similar situation to the one Greene did, in which he was a catalyst for a complete culture change for an organization that hardly ever had any success.

But Bush certainly has the opportunity to come in and serve as the centerpiece of a defensive turnaround that can balance a top-five offense that will hopefully bring a Lombardi back to Pittsburgh for the first time since 2008.