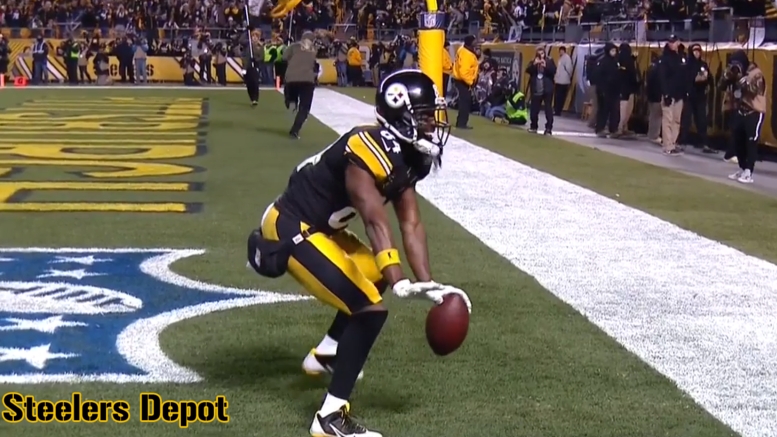 Wide receiver Antonio Brown, a current employee of the Pittsburgh Steelers under contract for the next three years, has taken strides in recent weeks to try to force his way out of the city by essentially making himself a bad employee. Even in a 43-minute-long ESPN interview, which seemed largely designed to tell his story, he managed to say things that could be interpreted against him.

In spite of all that, there are indications that he hasn’t damaged his trade value beyond repair. Or at least Steelers fans should hope. According to Peter King and Ian Rapoport, there is an expectation that the team will be able to find a trading partner by March 17 when his $2.5 million roster bonus is activated, and they could potentially still net a first-rounder for him.

“There is real competition for Antonio Brown in trade, and I expect the Steelers to trade him as early as this week—but almost certainly before the March 17 deadline to pay Brown a $2.5 million roster bonus”, King wrote earlier today.

He also wrote that “there could be at least one more serious team” bidding for the All-Pro’s services in addition to the three teams that Adam Schefter previously names, those being Oakland, Tennessee, and Washington.

Rapoport Tweeted that in addition to the Raiders, the Broncos and Cardinals are two more teams that “have appeared the most intrigued” in potentially trading for Brown. So now we have the names of five teams that have allegedly shown strong interest, with the implication being that others have called as well.

One takeaway from Combine week in Indy: The #Steelers have enough interest in WR Antonio Brown to be able to trade him before March 17, sources say. The #Raiders, #Broncos, and #AZCardinals are among the teams who have appeared the most intrigued.

King added that he has a “gut feeling” that “the Steelers will get the first-round pick they’ve been angling to get for Brown”, which is music to the ears of the team and their fans alike. They certainly can’t ask for much more than that, and that is reportedly also their current asking price.

It’s worth noting that John Gambadoro, who covers the Cardinals, disputed Rapoport’s report that Arizona is interested in trading for Brown. Frankly I’m not sure of the man’s track record, but we know Rapoport’s. But of course you need just one team to pay your asking price.

Contrary to reports – the Arizona Cardinals are NOT interested in trading for Antonio Brown. I have said this before but many national guys put Arizona as the team most interested – That is not true.

King reiterated a prior report of his own that Brown’s offseason behavior had taken at least one team off the market, and he mused about what the wide receiver’s trade value would be if he had simply remained silent throughout the past two months.

Ultimately, he seemed to land upon the Raiders and speculated that their 27th-overall selection—the one they got for trading Amari Cooper—“sounds about right” in terms of getting a deal done. Oakland has already expressed a willingness to trade one of their three first-round picks, so that’s a safe dot to connect.

Hopefully The Antonio Brown Situation™ is rounding its final corner as we move about a week away from the start of free agency. I know there is a great deal of fatigue when it comes to this. But perhaps the resolution is on the horizon, and we can all move on. With a first-round pick.