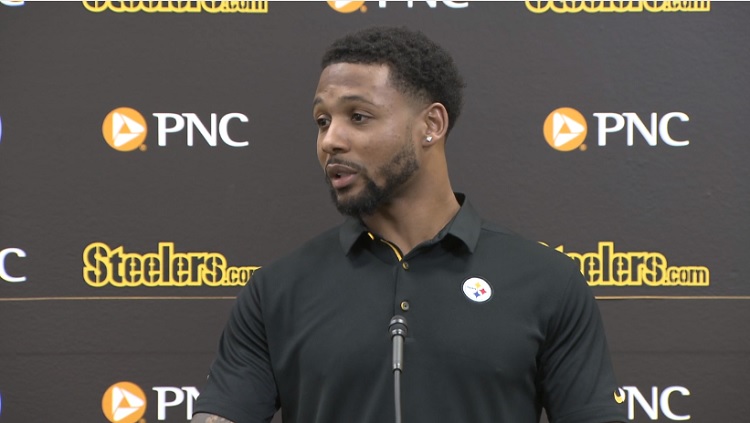 The Pittsburgh Steelers officially signed former Kansas City Chiefs cornerback Steven Nelson to a three-year contract on Thursday and not long after that he was introduced to the local media via a short press conference. During the question and answer session on Thursday, Nelson was asked what traits he has that probably most attracted the Steelers to him in free agency.

“My toughness” Nelson said. “I feel like my toughness, my relentlessness, my work ethic, I feel like that’s what pretty much attracted them.”

Last season with the Chiefs, Nelson, a former third-round draft pick out of Oregon State, played primarily right outside cornerback. He did say on Thursday, however, that he has some experience playing nickel cornerback already in the NFL as he was asked to do that some during his first three seasons with the Chiefs.

“Actually, my first three years I played a corner and nickel,” Nelson said. “I started on the outside and in the sub packages I would play nickel. So, you know, I just split. And then this past year I played primarily just outside cornerback and that’s where my skill set is at.”

“Absolutely,” Nelson said. “Just being on the outside, you’re going to get more targets. The ball’s going to be coming your way. You just have more opportunities and when you’re a play maker and you got a knack for the ball, you’re just able to make more plays on the ball that way.”

In case you didn’t already know it, Nelson was the most-targeted cornerback in the NFL last season.

Until recently, Nelson said, he wasn’t aware of the Steelers defensive backfield problems but he does now see them going away.

“I’ve heard it,” Nelson said Thursday. “I actually didn’t know that. I know this year will be different. We’re gonna do some great things with our team and everybody, and we’re going to change that around this year.”

After admitting that the Chiefs played nearly 100 percent man-to-man coverage while he was with them, Nelson said Thursday that he thinks the Steelers usage of that kind of coverage scheme, along with the several zone schemes employed, will allow him to show how versatile of a cornerback he can be.

“Oh, that’s amazing, because I can do a lot of different things and that allows me to show how versatile I am,” said Nelson, who added that he doesn’t have a preference as to what kind of coverage he’s asked to play in Pittsburgh.

The Oregon State product also wound down his press conference by saying that he looks forward to playing against and coverings new Cleveland Browns wide receiver Odell Beckham Jr. twice a season now that both are in the AFC North division.

“I welcome that challenge, twice a year, all year,” Nelson said