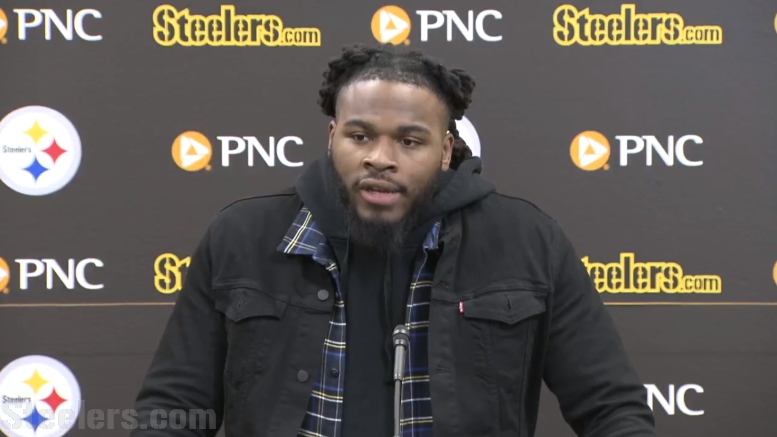 Last offseason, the Pittsburgh Steelers brought in a player in free agency who knew what it was like to win a Super Bowl. The Steelers had only one of them on their roster before that—quarterback Ben Roethlisberger, also known as The Adult—but at least former Green Bay Packers safety Morgan Burnett had been through it as well.

In fact, Burnett prevented a couple of other then-current Steelers, namely Ramon Foster, Maurkice Pouncey, and Antonio Brown, from also experiencing what it was like to win a Super Bowl, since it was his Packers in 2010, during his rookie season, who beat Pittsburgh that year.

The team’s newest player also knows what it’s like to make it to the dance only to fall short. Mark Barron has spent the past several seasons with the Los Angeles Rams, and he was their starting linebacker last year when they were able to advance to the Super Bowl, only to be undone by the New England Patriots in what was a defensive effort through most of the contest.

Barron, who officially signed a two-year deal with the team yesterday, also held a press conference in front of the gathered media, and one of the members of the press asked him about what it was like to go through the process of playing in the Super Bowl and how that influenced him.

The former college safety was of course a star at Alabama, and pretty much everybody who has been there for more than one year lately will have been guaranteed to have experience the opportunity to compete in a championship game, if not win it.

He is now the only player on the Steelers’ roster who has been to a Super Bowl more recently than 2010. Maybe things have changed since then, so he can fill his new teammates in on what it’s all like these days, considering how long it’s been.

Super Bowl experience—and Super Bowl-winning experience—has been a topic of conversation for the Steelers this offseason, as should be no surprise, since it’s their goal to win a couple more of those trophies in the immediate future.

I doubt that the team targeted a player who had just competed, and it certainly would have been nice if he was able to bring a ring along with him, but perhaps his presence can serve as a reminder of where it is they’re actually trying to go, and can shed some wisdom about how his Rams got there a year ago.