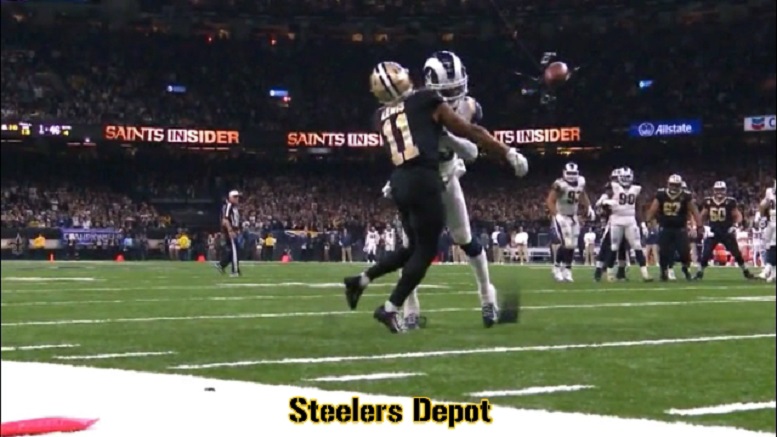 The first Owners Meetings of the year will take place late this month, beginning on the 24th. Between now and then, rule proposals will be submitted to the Competition Committee running the gamut of ideas and aspects of the game of football as it is played in the NFL.

A number of proposals will be regarding the replay procedure, and it’s likely that one or more of them will be passed on to be voted upon by the Competition Committee, subject to subsequent approval by at least 75 percent of the owners to be passed into NFL ‘law’.

While Peter King’s sense is that there likely will not be enough support among the owners for there to be any substantial changes made to the procedure this offseason, he wrote that “there was a feeling that Roger Goodell will push the Competition Committee and the membership to do something to cut down the chance for another debacle like that non-call in the Rams-Saints game”.

You know immediately to what he refers, of course. During the 2018 NFC Championship Game, the Los Angeles Rams were the beneficiary of a blatant pass interference penalty that was not called. The infraction occurred on third down late in the fourth quarter, which a first down likely sealing the game and a trip to the Super Bowl for the New Orleans Saints, who went on to lose.

The Saints did not take the whole situation lightly, with the owner even publishing an open letter vowing to pursue any possible course of action available to them and to the league that would work toward preventing a similar situation from arising in the future.

And really, the league should have incentive to accomplish that, especially with legal gambling now a part of the landscape. If such a call turns a game and flips a betting line, accusation of manipulation are bound to arise and would open up a whole can of worms.

“The big question, really, is what are you comfortable with as a deductible”, King quoted Saints Head Coach Sean Payton, who is a part of the Competition Committee, as saying. “Do you view the event in our game like a 50-year flood that’s not going to happen again and say, ‘aaah, we’re not going to worry about it’? Or are you going to pay the big deductible to make sure you’re insured against it? So I think there will some smart and serious discussion about expanding replay in a sensible and conservative way”.

As he noted, it will have to be a conservative proposal to stand any chance “so the anti-replay teams don’t find a reason to automatically say no”. Pittsburgh Steelers president Art Rooney II may well be among them, as he has previously expressed his belief that replay should not be expanded.