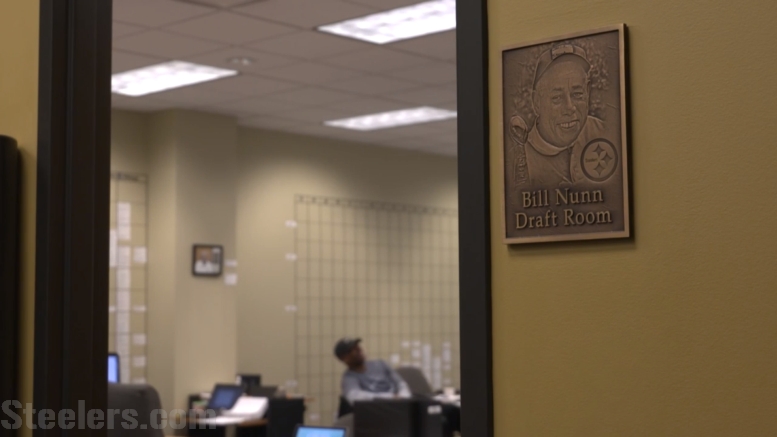 One of the major storylines for the Pittsburgh Steelers this offseason, as it concerns actual football information, is the fact that they not only had salary cap room in 2019, they also actually used it to sign several outside free agents. Free agents who can and perhaps likely will be starters this season.

The first signing was the most significant and was agreed to during the legal tampering window, bringing in former Kansas City Chiefs cornerback Steven Nelson on a three-year, $25.5 million contract to start opposite Joe Haden.

After that was wide receiver Donte Moncrief, signing a two-year, $9 million contract, and he is expected to compete with second-year James Washington for the primary number two role opposite JuJu Smith-Schuster. Mark Barron signed a two-year, $12 million contract to play linebacker, where he will likely start, especially if they are unable to land one in the draft.

Ah yes, the draft. In spite of the flashy offseason, that is still the organization’s bread and butter, and having cap space burning a hole in their pockets for a change hasn’t altered their approach, as General Manager Kevin Colbert explained earlier during the annual league meeting.

“You know, the draft will always, has always been, and will always be the foundation of how we try to build a team, and when we can and want to add a free agent, we will do it”, he told Missi Matthews for the team’s website.

“It’s worked for us. The majority of the time we’ve added some significant players that have helped us win Super Bowls. Sometimes it doesn’t work out”, he acknowledged. While they have had some critical additions like James Farrior and Justin Hartwig, they also recently have had their Ladarius Greens and Morgan Burnetts.

“You’re always more comfortable with your own players because you’ve been with them for two, three, four years”, he said. “And you try to keep those players in the mix, but if you have to add someone from the outside, you want to be open to that as well”.

Both Nelson and Moncrief are players that the team looked at in the pre-draft process, but so was Green, and I believe Burnett as well. A lot can change over the course of several years. But the failings of the latter two players concerned health.

Remember, the Steelers’ biggest contract of the offseason was not to Nelson, but to Maurkice Pouncey, their All-Pro center who was a first-round draft pick of theirs back in 2010. They signed him to a two-year extension worth $11 million per season, which very briefly made him the highest-paid center in the NFL.

So while Nelson, Moncrief, and Barron will be talked about now, know that their primary hope for the future rests in late April, not mid-March.