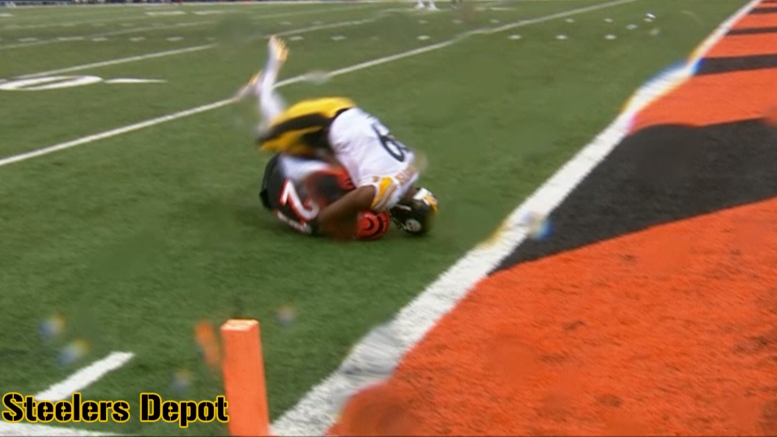 Free agency doesn’t always work out the way anybody wants, whether it’s from the perspective of the team, of the player, or of the agent. Today’s installment concerns Cincinnati Bengals cornerback Darqueze Dennard, who was hoping to go elsewhere for more money—but settled for returning for even less than the Bengals originally offered him.

That can’t be good, right? Although we don’t know the full details. Dennard, a 2014 first-round draft pick, has spent the vast majority of his career working in the slot, unable to crack the starting lineup on the outside.

He was hoping that there would be a team on the open market who would give him a shot to start on the outside, and also to pay him as an outside cornerback, but as he explored his options, he did not find the interest that he was looking for—and hoping for.

According to Katherine Terrell of ESPN, the Bengals were said to have offered Dennard a multi-year contract in the neighborhood of about $8.5 million per season, which is close to what he made under his fifth-year option last season, and has become a reasonable compensation for a starting nickel back.

It was 8.5 but based on my experience When numbers don’t leak, it’s because it’s not the deal the player’s camp wanted. https://t.co/bd1SRCU4J5

It took until the 21st for him to explore his options on the open market with Cincinnati’s offer in the back of his mind. In the meantime, they signed B.W. Webb to a multi-year deal. It wasn’t entirely clear what that meant for Dennard at the time, but when his market wasn’t there, the two parties re-opened negotiations.

It’s unclear which side more favored it, but they ended up agreeing to just a one-year contract reportedly worth about $5 million, which includes a $2.5 million signing bonus with a base salary of $1.5 million and additional bonuses (roster, workout) featured in the arrangement as well.

So he bet on himself and lost, so he is going to bet on himself again in the hopes of a better outcome in 2020. Truth be told, it wouldn’t be the first time such an arrangement worked out for a player, but it’s hard to envision his path toward an upward ascent.

William Jackson III and Dre Kirkpatrick are still the Bengals’ starting cornerbacks, and that isn’t likely to change any time soon. They are already paying Kirkpatrick good money, and Jackson is the best that they have at the position.

Time will tell if it all works out for him. The Bengals were apparently open to a multi-year commitment that he chose to walk away from, and it’s not clear if they shut the door on that once they signed Webb. He still figures to be the number three cornerback, however, and frankly, you can never have enough of them.