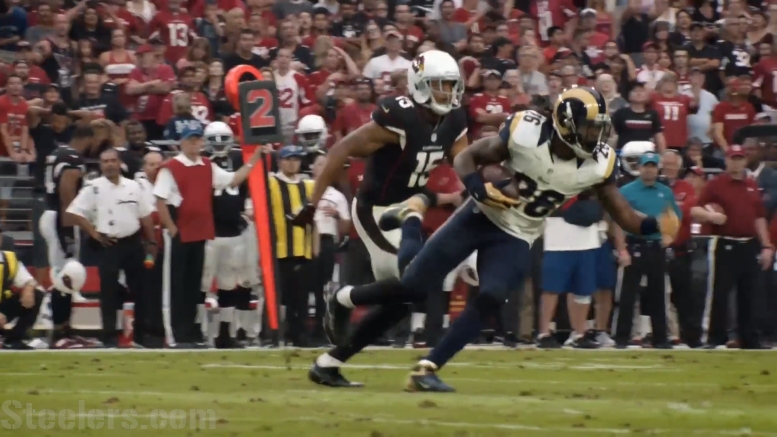 Topic Statement: A rookie inside linebacker will start for the Steelers in 2019.

While it’s true that the Steelers did go out and sign free agent Mark Barron to a two-year, $12 million contract, it’s highly unlikely that a starting spot is set in stone. I expect this to be a situation not dissimilar to that of Morgan Burnett’s a year ago, in which they signed a veteran at the position but still targeted it in the draft for the future.

Barron, mind you, was only signed to a two-year deal and will turn 30 during the 2019 season. He’s not going to be a long-term solution regardless of what happens. But there is certainly the sense that the Steelers, like they did last season, want to target the inside linebacker position in the first round.

Devin White will almost surely be gone by the time they select at 20th overall, but Devin Bush could be a more realistic candidate for them. Even if they fail to land one of the top two names at the position coming out of the draft, there are other names as well, such as Mack Wilson. Last season, Pittsburgh seemingly gave up on the position in the draft when the top four were gone.

If history has taught us anything, it’s that you can’t bet on the player you want to be available when you’re picking in the bottom half of a round. The Steelers couldn’t even trade up to get the fourth inside linebacker Rashaan Evans, last season. There’s a pretty good chance White and Bush are gone, and even Wilson could be gone.

The Steelers talked about failing to properly address the inside linebacker position last year. They probably feel that they did that with the Barron signing, given the contract they were willing to give him. The way he talks gives the indication that they see him as an every-down player.

Pittsburgh set themselves up in free agency to be able to take the best non-quarterback offensive or defensive player available at 20, though they probably will not include a lineman—at least not a tackle. Running back is also very unlikely. But I could see an edge, a cornerback, even a wide receiver going in the first round if that is where the value is.