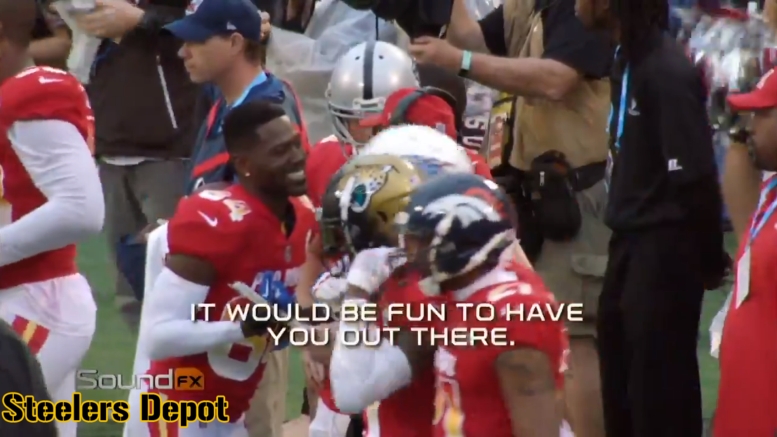 Through the past nine seasons, wide receiver Antonio Brown was one half of one of the deadliest and most productive pass-catching duos that the league had ever seen with Pittsburgh Steelers quarterback Ben Roethlisberger. I’ll dig more specifically into those numbers later, but with Brown being traded to the Oakland Raiders, his task is to duplicate that productivity with Pro Bowler Derek Carr.

Carr, a 2014 second-round draft pick, has led the Raiders to one winning season in his five years there. He has only missed two games while posting a record of 32-46 for himself over that span of time. Brown experienced the postseason in six of his nine seasons in Pittsburgh.

Over the course of his career, he has completed 1759 of 2800 pass attempts for a completion percentage of 62.8, throwing for 18,739 yards with 122 touchdowns and 54 interceptions with a quarterback rating of 88.8 while averaging 6.7 yards per attempt. He has ended up in the Pro Bowl in three seasons.

And he’s ready to work with Brown, who is certainly the best player he has ever played with. And they did play together once, during the Pro Bowl at the end of the 2017 season. Brown posted a short video of their interaction together, trying to convince Randy Fichtner to put them in together.

“Love at first Sight”, he captioned it. Carr responded, “brother let’s get to work!”.

Brother let’s get to work! https://t.co/L2JwgKypoP

According to Brown’s agent, Drew Rosenhaus, the fact that Carr was there was one of the selling points for the wide receiver as the party finalized the details of the trade once it was handed over from the general managers to the player himself in the final stage of the process. Asked out business was, the quarterback said, “boomin!!!”.

One thing Brown is most certainly is combustible. Time will tell if he will explode for high-level production or implode and make all parties regret having done the deal in the first place. At the moment, the Raiders are not even 100 percent committed to Carr for the long term, after all.

The wide receiver spent a lot of his time in Pittsburgh unhappy during the few instances in which he wasn’t getting the ball, and especially when the targets that he did get were off-line. It’s been a long time since he has had to work with a new quarterback, so we don’t know how he is going to handle his relationship with Carr until we see it on the field. I’m pretty confident it’s not going to stay roses and sunshine forever.