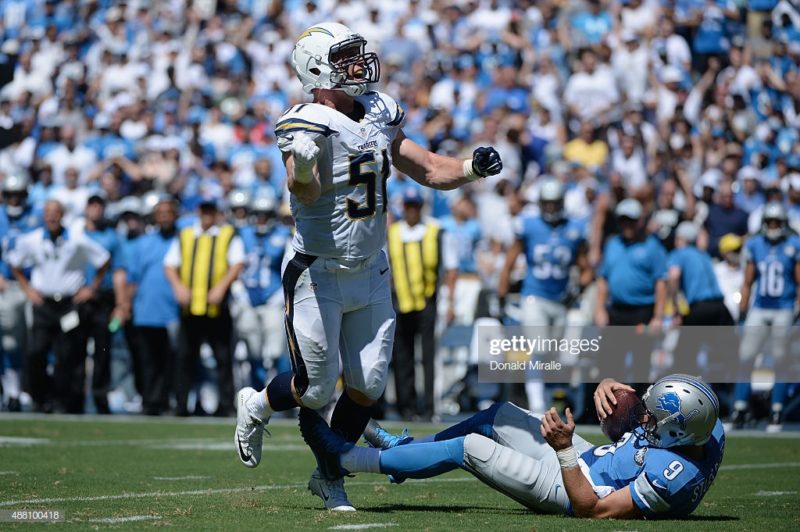 The Pittsburgh Steelers first week of free agency of the 2019 offseason has included them signing a few new players in cornerback Steven Nelson and wide receiver Donte Moncrief, in addition to re-signing a few of their own in outside linebacker Anthony Chickillo and defensive tackle Daniel McCullers. While the team might add a few more outside unrestricted free agents in the coming weeks, no one should expect any high profile players being inked such as outside linebacker Justin Houston moving forward.

The Steelers could still stand to add an outside linebacker and inside linebacker to the fold in the next few weeks in addition to another tight end to help absorb the recent free agency loss of Jesse James to the Detroit Lions. The addition of another backup safety would be nice as well and like last year, and several are now on the scrap heap right now just waiting to be picked through.

History has shown us that the Steelers tend to be attracted to free agent players they have had past interactions with during the pre-draft process and we’ve already seen that this past week with the signings of Nelson and Moncrief, both of whom were brought to Pittsburgh for visits in 2015 and 2014, respectively. The team also tends to be attracted to free agents with good draft pedigree and both Nelson on Moncrief are once again evidence of that.

Knowing the few holes the Steelers would probably like to still fill with cheap free agents in the coming weeks, in addition to knowing the kind of players they look for, below is a short list of plausible candidates for the team to look into signing. These are players the Steelers have seemingly showed some level of interest in prior to each being drafted in addition to all of them having high draft pedigree.

Eli Harold – OLB- Harold, who was selected by the San Francisco 49ers in the third round with the 79th overall pick of the 2015 NFL Draft, spent the 2018 season with the Lions after being traded to them last August. Harold did have 4 sacks last season with the Lions and the Steelers reportedly had him in for a pre-draft visit in 2015. Harold has a little bit of special teams value to him and also hails from the Virginia Beach, VA area, and area Steelers head coach Mike Tomlin keeps close tabs on. Like most of the players on this list, Harold’s probably ready for one last chance and if the Steelers can sign him for the minimum, he could be worth a long look in training camp.

Kyle Emanuel – OLB- Emanuel, like Harold, was reportedly a Steelers 2015 pre-draft visitor. In his four seasons in the NFL with the Los Angeles Chargers, the North Dakota state product has registered 147 total tackles in addition to 4 sacks. He’s made 32 total starts in the last four seasons and has shown to have some special teams ability. Emanuel might be considered the best of the rest remaining unsigned outside linebacker free agents so he’s price tag might unfortunately be more than what Steelers general manager Kevin Colbert wants to pay.

Maxx Williams – TE – The Steelers reportedly had a lot of interest in Williams ahead of the 2015 NFL Draft. His first four seasons in the NFL with the Baltimore Ravens included him missing numerous games with injuries. Williams has only caught 63 career passes for 497 yards and 3 touchdowns to date and now looking for a different team to show he can remain in the NFL as a reliable backup tight end. The Steelers could use another tight end body on their roster ahead of this year’s draft and if Williams is willing to sign for the minimum, they should ink him to a one or two-year deal.

Shane Ray – OLB – Ray is another player the Steelers should know quite a bit about as not only did Colbert and Tomlin both reportedly attend his 2015 Missouri pro day, they had dinner with him prior to that event as well. Ray, who was ultimately selected by the Denver Broncos in the first-round of the 2015 NFL Draft, has registered 14 total sacks in his first four seasons in the NFL. However, his last two seasons have been very disappointing and injury-riddled. To make matters worse with Ray, he hasn’t been much of a special teams assert the last few seasons. He’s not worth more than the minimum at this stage but might be worth that price to get a look at during training camp.

Stephone Anthony – ILB – To my knowledge, the Steelers did not bring Anthony in for a pre-draft visit in 2015. However, Anthony was a Senior Bowl participant in 2015 and the Steelers likely talked to him quite a bit during that week and maybe even again at the scouting combine that year. A former first-draft pick of the New Orleans Saints, Anthony has spent his last two seasons with the Miami Dolphins, where he played sparingly on defense and was used quite often on special teams. The ship has probably now sailed on Anthony’s NFL career, but he can likely be had now for a minimum contract that comes with an invite to training camp.