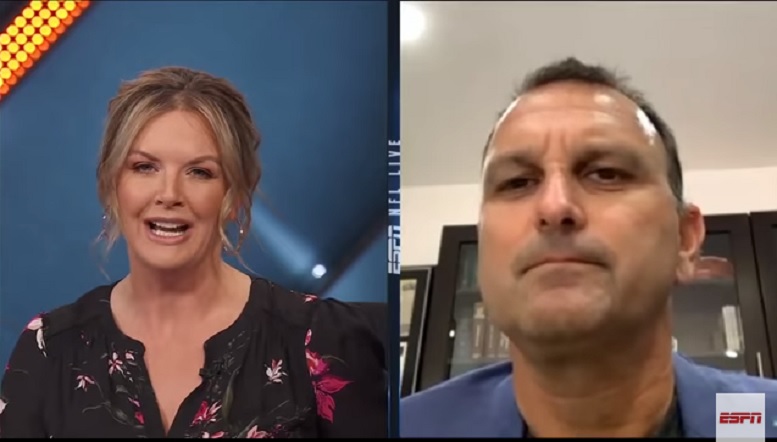 Even though the Pittsburgh Steelers now seem set on trading wide receiver Antonio Brown at some point between now and this year’s draft, the team will not allow the player or his agent to help facilitate any sort of deal. In fact, during a Tuesday afternoon interview on ESPN’s NFL Live, Brown’s agent Drew Rosenhaus confirmed that the Steelers have informed him that they will take care of the trading of the wide receiver all on their own.

“Well, right now the Steelers, they’re running the whole trade effort,” Rosenhaus said. “Antonio’s under contract and they have the ability to talk to other teams right now and find the best deal for them. And we hope they get a great amount of compensation. We want everybody to win here. This is the kind of thing where certainly it’d be great for the Steelers to get what they would deem to be fair compensation for Antonio and for Antonio to find a new team at this point and reap all the positives from that. So that’s where it is. I presently do not have permission to talk to teams or work on a trade. That’ll be something that the Steelers handle directly with teams and when a team calls me, that’s when I will do my job.”

Presumably, part of Rosenhaus’ job when and if Brown does get traded will include him getting his client a new contract, that will not only once again make him the highest paid wide receiver in the league, but include even more guaranteed money. Brown said as much during a Monday night Instagram video that lasted nearly ten minutes and when asked about the criteria the wide receiver laid out during that social media session concerning what he hopes to find in his next team, Rosenhaus predictably stood by his client.

“Well, I’m never going to disagree with the client. Antonio was clear about what he’s looking for and my job is to make everything happen that I can, that’s in my client’s best interest,” said Rosenhaus.

Rosenhaus also went on to sell Brown to other teams that might have some level of interest in trading for him.

“Well, I can tell you what I know about Antonio and that’s he is a great competitor and all time great player, a great teammate, a great person,” said Rosenhaus. “And as far as another team, you know what, we’ll see how that shakes out. I really don’t want to put any criteria out there. That’ll be between the Steelers and the teams that are interested in Antonio. I would imagine that there will be a lot of teams interested in trading for him. It is very rare to get an all time great like this in a trade. This is a once in a lifetime opportunity for another football team. I’m sure that we’ll jump on it.”

Earlier in Tuesday’s interview, Rosenhaus was asked about how the meeting earlier in the day between him, his client, Steelers ream president Art Rooney II and general manager Kevin Colbert resulted in the two sides agreeing that a trade was best for all parties involved.

“Well, I think the important thing to keep in mind is that Antonio has had really nine great years with the Steelers organization,” Rosenhaus said. “He’s really had a historic career for them and this was really a way to move on in a very positive light. Antonio had the opportunity to meet with Mr. Rooney, clear the air on a lot of issues, they shook hands, they gave each other a hug. And both sides agree that at this stage of Antonio’s career, it is in his best interest, and everyone’s best interest – Antonio, the Steelers – at this juncture, to move forward and work on a trade.”

When asked to describe what and where the exact tipping point was in all that has transpired since the 2018 season ended that has led to Brown seemingly wanting out of Pittsburgh, Rosenhaus chose only to look ahead at his clients’ future and not his past.

“Well, I’m going to focus on the future,” Rosenhaus said. “I’m going to focus on the positive meeting that we had today and I think moving forward the message is that Antonio’s excited about this coming season, moving ahead, positive things as it relates to the Steelers organization and the Rooney family. So with all due respect, I’d rather not look back but look forward to what should be an exciting couple of weeks.”

It should indeed be an exciting next few weeks as Brown will likely no longer be a member of the Steelers come four or five weeks from today. The only thing that remains to be seen at this point is what the Steelers can get in return for Brown and from which team.