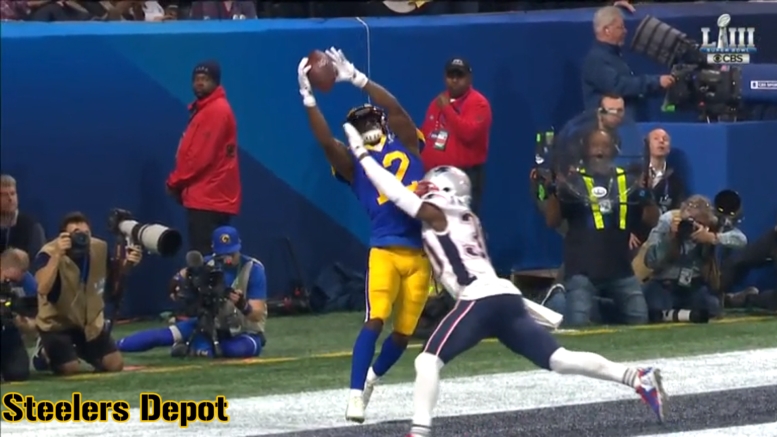 There has never been a worst to first story in the NFL quite like that of former Cleveland Browns defenders Jason McCourty and Danny Shelton. After going through the misery of a very rare 0-16 season in Cleveland in 2017, both of them were traded to the New England Patriots in separate trades, and it netted them some Super Bowl rings as a result.

I’ve already written about McCourty, the identical twin brother of Devin McCourty who spent the majority of his career in obscurity, most of it with the Tennessee Titans before going to the Browns the year before last, and finally making is way to New England, where he got to pair with his brother for the first time since college.

Shelton, on the other hand, was a former first-round draft pick and a very solid interior defensive lineman. But when you’re constantly switching regimes, you lose the attachment to your players, and the new guys want their own guys on the field.

So even while the Browns were much improved this season, very nearly posting a winning record for the first time in a decade, they found themselves in a much better situations further north in Foxboro with the Patriots.

Shelton was a rotational player behind Malcom Brown, but he still logged over 300 snaps. McCourty, in the meantime, played just a hair under 1000, the fifth-most on the defense behind three other starters in the secondary (including his brother) and Kyle Van Noy.

Both of them proved to be two of the more solid trade acquisitions that the Patriots have had in recent years. While they sure get a lot of credit for making deals as they happen, it’s a pretty frequent occurrence that they don’t get nearly the return on investment that they were expecting to.

Both of them were underappreciated in their time in Cleveland, in my opinion, even if Shelton had a bigger role there, and they ended up going to a team that was going to utilize them more in line with their abilities.

In fact, Bill Belichick had a very solid year in terms of trades. Outside of McCourty and Shelton, he also acquired Cordarrelle Patterson for a low price, swapping late-round picks. He totaled almost 500 yards of offense with three touchdowns while averaging almost 29 yards per 23 kick returns, one of which he took for a score.

Trent Brown was another score via trade, giving up a third-round pick and getting a fifth back for a starting left tackle who provided more than serviceable play considering that they lost franchise left tackle Nate Solder in free agency.

Belichick’s reputation for wheeling and dealing has been vastly overstated overall, but I have to give him credit for the moves he made. All four trades were solid deals both in terms of initial value and what they got back on the field, and all of them helped contribute to a Super Bowl season. Even the ones who didn’t even win a game in 2017.