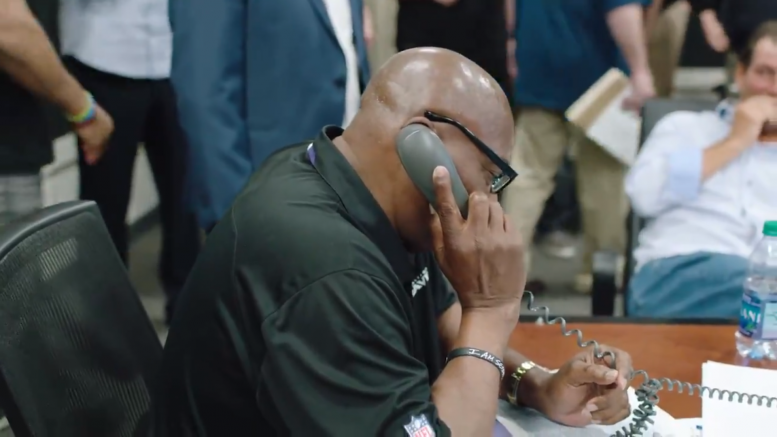 Until just very recently, the Baltimore Ravens as an organization have never known a general manager other than Ozzie Newsome, who arguably oversaw a Hall of Fame-worthy run of draft talent for an expansion franchise that can already boast two Super Bowl titles and three Hall of Famers.

While he might have had his occasional weakness, such as drafting the wide receiver position, his lasting legacy will be as one of the great roster builders of his era, and one of the tools that he used to build teams—literally, better than anybody else—was the compensatory pick formula.

The NFL introduced compensatory drack picks, which are additional selections awarded to teams at the end of rounds starting in round three as compensation for their net losses in free agency, in 1994, which is a couple of years before the Ravens even existed.

But Baltimore had been awarded 50 compensatory picks since then, notably more than any other franchise, and Newsome has left the Ravens with one final parting gift stemming from his final year in total charge of building the roster: a third-round compensatory selection for the loss of Ryan Jensen in free agency.

This actually comes a year after the team failed to receive a third-round pick—or any at all—for the loss of right tackle Rick Wagner, due to the fact that their free agency gains were determined to have canceled it out. Wagner’s compensatory equation was lessened due to his playing time in 2018, which enabled the equivalent contracts of Tony Jefferson and Brandon Carr to negate the losses of the aforementioned, as well as fullback Kyle Juszcyk (I’m seriously glad he’s gone so I don’t have to try to spell that very often).

For whatever reason, teams love to sign Ravens linemen in free agency, and Jensen was the latest. A one-year starter in 2017 after replacing Jeremy Zuttah, Jensen quickly turned that season around to sign a four-year, $42 million deal with the Tampa Bay Buccaneers, the biggest contract ever given to a center.

Jensen was replaced by Matt Skura as the Ravens look to solidify their offensive line with young starters at four of the five positions. Ronnie Stanley and Alex Lewis are in their third seasons, while Orlando Brown at right tackle was a rookie in 2018. Then there is the All-Pro Marshal Yanda, who is 34 but could consider retirement.