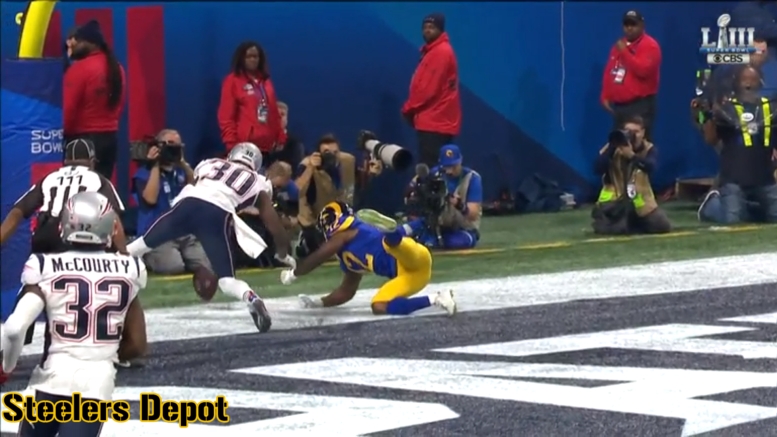 It’s definitely getting a bit tiresome spending so much time writing about the New England Patriots once the month of February rolls around, but they have been making it seemingly unavoidable since I’ve been working at this site. They have been in all but one Super Bowl since I started, and have been in every AFC Championship Game, so either they have been playing the Pittsburgh Steelers or the Steelers’ season has already ended by February.

Unfortunately, this is yet another one of those days in which I have to write about how successful the Patriots have been, claiming another Lombardi trophy—and this one, no less, being the one that finally ties them with the Steelers’ six.

But I try to find the silver lining when I can when the Patriots claim another trophy, and usually for me, that is about some of the pieces that the team added since the last time they one for whom I am happy to see get to experience the feeling of winning a championship.

That player for me this year was easily Jason McCourty, the identical twin brother of long-time Patriots safety Devin McCourty, who now has three Super Bowl rings. Though identical twins, both playing cornerback for Rutgers, Jason chose to declare for the draft early in 2009, while Devin stayed and declared in 2010. The latter was a Patriots first-round pick, the former being selected in the sixth round by the Tennessee Titans.

Devin was immediately moved to safety, while Jason stayed at cornerback. Devin flourished and became a Pro Bowler. Jason spent his entire career as a reliable and serviceable starter, but he never really got the chance to play on any quality defenses.

In fact, he had never gotten the opportunity to experience playoff football until this past season, one year after going 0-16 with the Cleveland Browns, after which the Patriots traded for the twin brother of their beloved safety, Devin.

It’s probably at this point that I should mention that the McCourty brothers are truly among the good guys in the NFL who do a lot of charity work and have always kept their nose clean. I should also recognize that I have a bias.

I didn’t know them personally, but I attended Rutgers at the same time they did, and this just so happened to be pretty much the only time in the school’s history that they were any good. They actually won a lot of games and were ranked one year.

Along with the McCourty brothers, that team had Ray Rice, Kenny Britt, Tiquan Underwood, Brian Leonard, Jeremy Zuttah, and later on Mohamed Sanu.

Bill Belichick has consistently kept a Rutgers pipeline. Among others, he also drafted fellow defensive backs Duron Harmon and Logan Ryan along with McCourty. Before Ryan left in free agency, the bulk of the Patriots’ backfield consisted of Rutgers alumni.

As did this Super Bowl team with the McCourty brothers and Harmon. Belichick has been good to my alma mater and has helped them earn a bunch of Super Bowl rings in recent years. So if I can take anything positive out of their success, it would be that.