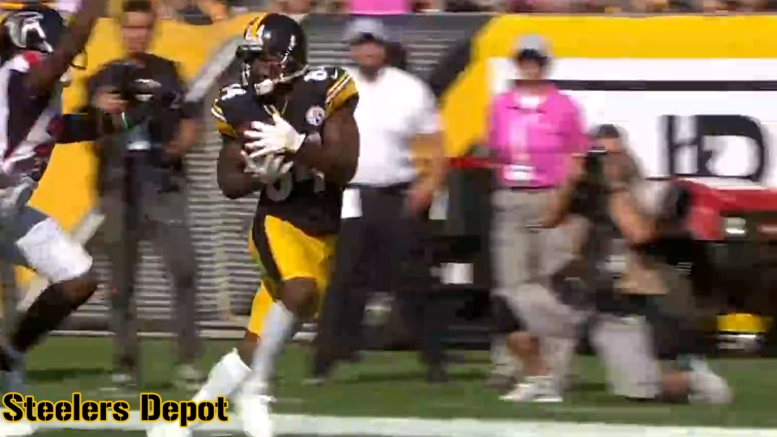 One of the urgent topics of conversation in the NFL right now concerns the Pittsburgh Steelers and wide receiver Antonio Brown, the nine-year veteran who is a perennial Pro Bowler at his position, yet is unhappy enough with his spot on the team that he is seeking a trade.

We and everybody else have already talked about it ad nauseum from nearly every angle, but one that General Manager Kevin Colbert addressed today was concerning the timetable for completing a trade. The conventional wisdom is that they want to complete a trade by March 17, which would be the day Brown is owed a $2.5 million roster bonus.

While appearing on Steelers Nation Radio earlier today, he was asked about the time constraints on dealing Brown, but Colbert was hesitant to put any parameters on it. Asked if it was urgent to get something done, he said, “It’s urgent, but there’s no timetable on this. It could happen today, it could happen in June, it might not happen”.

If it does happen in June, of course, then that would necessarily mean that they opted to pay his roster bonus. By they point they likely would have decided that retaining him was an option, but obviously so would have been the option to trade him.

“We don’t know” how the market will develop for Brown by then, he said. “So we just have to continue to do what we do. When we placed the tag on Le’Veon, we knew there was a time factor in there. That one, we didn’t have to worry about it, so now we’ve got to move into this part of free agency”.

Colbert of course means to say that the Steelers consider every variable and work out situational plans based on which variables play out, as it concerns the draft and free agency. If Brown is dealt or not, that will shape how the next step of the process is planned for.

The general manager was then pressed on whether or not the team would indeed be willing to pay Brown’s roster bonus with the idea in mind that they could still trade him later in the season. While he did not give a definitive yes, he does indicate as much.

“We understand where things are contractually. We’ve talked through different scenarios, and when we get to that, we’ll make that determination”, he said. “Because there may be more teams interested and bidding going on at that point. Maybe you have to make a move to keep that bidding going. But if you do that, what does it do to the rest of it? I don’t know, because you don’t know what the compensation will be. So we’re aware of where it is. We’re worried about today, we’ll worry about tomorrow, we’ll worry about March 17 down the road”.