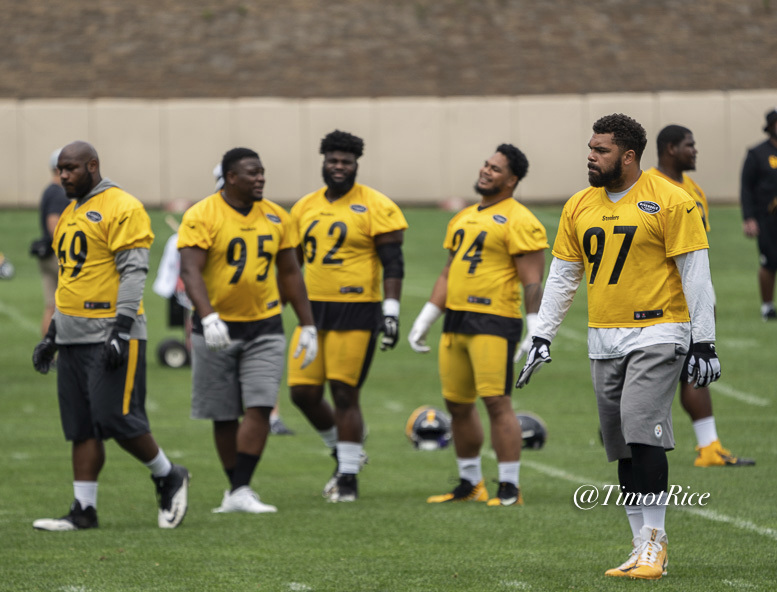 Question: Which of the Steelers, pending free agent defensive linemen will the Steelers re-sign?

While the Steelers have a strong defensive line up front in the starting lineup, led by Pro Bowler Cameron Heyward, the team hasn’t had strong depth behind them for a few years now. The Steelers have tried to address it in free agency, and admittedly the past two years of having Tyson Alualu have been an upgrade of the usual fare, but now all three of their backups are scheduled to be free agents.

Of the three, Alualu is by far the most likely to be offered another contract. The 10th-year veteran signed a two-year, $6 million contract, a value he generally lived up to, especially in 2017, but he might not be offered much more than a veteran-minimum deal this time around.

Behind Alualu are Daniel McCullers, a fifth-year nose tackle, and L.T. Walton, who just wrapped up his rookie contract. McCullers has been a healthy scratch for much of his career, but he leapfrogged Walton last year to dress.

The Steelers have been altering their approach to the defensive line in recent years, placing greater individual responsibility on them in the pass rush, and players like McCullers, Walton, and Alualu even, do not fit there.

In fact, I can’t recall when the last time the Steelers have had a decent pass-rusher as a backup, disregarding players who ended up being starters (e.g. Heyward and Stephon Tuitt) in recent years. That has to change, and in order for it to change, there has to be room.

The Steelers will have some money to work with in free agency this year, so they should be able to afford, if they are so inclined, to add a quality rotational player to the defensive line. They may add a free agent in addition to using the draft to reinforce the line, in fact.