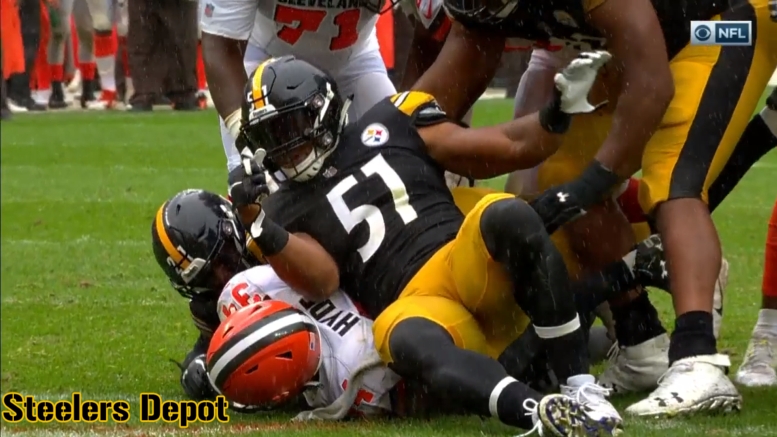 The Steelers knew that they had to address the inside linebacker position in some form or fashion following the devastating injury suffered by Ryan Shazier toward the end of the 2017 season, but they were looking to do more than what they came away with, signing only Jon Bostic in free agency and failing to come away with any in the draft.

The team was reportedly looking to come away with one of the top four inside linebackers in the first round of the 2018 NFL Draft, but all of them went early, the first time in years that that many players at that position went that early.

Since they didn’t get somebody in the draft that they thought would be able to start right away [please insert your complaints about Darius Leonard here, because we all know they’re coming], they chose to address other needs, believing that they already had depth.

And so there was a ‘competition between Bostic and Tyler Matakevich for the starting job, Bostic obviously winning. But he was the one taken off the field in sub-packages, and ended up playing fewer than 550 snaps in total, even seeing L.J. Fort play over him late in the year.

One thing that Bostic did well was tackle. When he made a tackle attempt, he pretty much always finished it. And he had good instincts for the run game. Where he struggled, shockingly, was in coverage, but the truth is that they didn’t always put him in great positions to succeed.

Still, he was signed to a two-year contract and there is certainly no reason to let him go. He is on a very affording contract and can provide quality depth, provided that they are able to bring in somebody to start ahead of him. While should be a top priority.