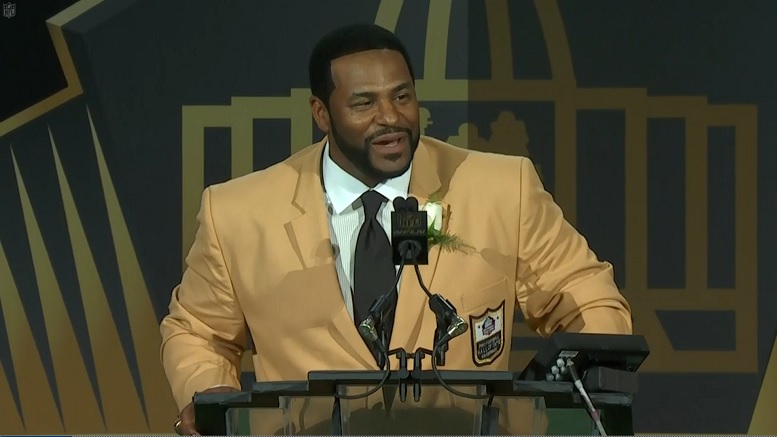 Former Pittsburgh Steelers running back Jerome Bettis certainly accomplished a lot over the course of his career as one of the premiere players at his position over a sustained period of time. He was particularly revered for his ability to play the position as he did at his size.

A six-time Pro Bowler, a three-time All-Pro, Super Bowl champion, Offensive Rookie of the Year, Comeback Player of the Year, Walter Payton Man of the Year, Hall of Famer. That’s a long list of accolades for The Bus, but he’ll have to make room for one more in a few weeks.

It was announced that Bettis will be receiving the Dapper Dan Lifetime Achievement Award in February, becoming the second former Steelers in as many years and the third in the past four years to be named the recipient of the honor. He is the 12th individual who either played for, coached with, or owned the Steelers to receive this award.

“For me, there’s still work to be done”, he spoke to the Pittsburgh Post-Gazette about receiving the award at the age of 46. “I’m thankful for the award. I’m still working to impact lives and creating change. I still have a great opportunity and responsibility to keep grinding”.

Bettis remains in Pittsburgh and has his hands on many enterprises, owning multiple businesses through which he strives to provide opportunities for underprivileged people. He also has a Steelers show on WPXI.

John Stallworth was the recipient of the Dapper Dan Lifetime Achievement Award last year. “Certainly upon hearing that I was selected, I was honored”, the Pittsburgh Post-Gazette quoted him as saying at the time.

“When I look back over the past recipients and some folks that I know, and I look their lives and what they have accomplished in their lives. To think that somehow that’s something to be included in their number was humbling and a great honor. We’re excited about the upcoming dinner and receiving the award and hopefully we’ll be able to express that in our remarks”.

2016’s winner of the award was a teammate of Stallworth’s, Rocky Bleier. “They caught me by surprise, I have to tell you, when they called and said we’d like to give you this award”, he told the paper. “It’s a great distinction, obviously, especially with those who have received it in the past. It’s just a part of Pittsburgh, and I really appreciate the fact that they have offered it to me”.

Others who have earned the award in the past include Joe Greene, Jim Kelly, Arnold Palmer, and Hines Ward. The Dapper Dan banquet funds various charitable activities, which were initially instituted in part by the paper itself, and honors those from the region who have had an impact. Bettis is just the latest.