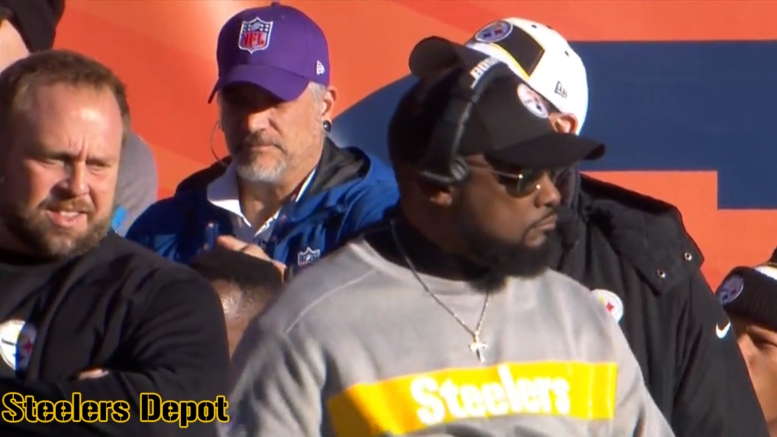 Mike Tomlin was 29 years old when he first cracked into the NFL as a member of the Tampa Bay Buccaneers in 2001 as their defensive backs coach. He was tasked with coaching the likes of Hall of Famer John Lynch, who was older than him at the time. Jon Gruden was acquired to coach the team the following year, and the two coaches spent the next four seasons working and growing together.

On Sunday, they will be on opposite sidelines for the first time in their professional coaching careers, with Gruden having returned to the Oakland Raiders for the first time since 2001. The two have worked together a number of times during pre-production meetings for primetime games while the latter was working as a commentator, but this is an obviously different relationship.

“I know quite a few of their guys personally”, Tomlin said on Tuesday during his pre-game press conference. “Obviously I worked for Jon Gruden, and know the top-notch strategist that he is. I’m sure that he’s spent a lot of time analyzing us, not only this week and in preparation for the game, but just largely”.

Gruden became known for his intense tape study, something that he took to an even greater level after his coaching career seemed to be at an end following the 2008 season. Tomlin thinks that has been an asset in his return to coaching—despite his team’s 2-10 record.

“Our defensive schemes are kind of prevalent throughout ball. He’s a guy that studies and digests football”, he said. “I wouldn’t be surprised to see a lot of concepts from them, a cumulative body of work if you will from that study. So we’re going to be challenged in some schematic ways that way”.

Gruden isn’t the only member of the coaching staff he is familiar with, of course. Special teams coordinator Rich Bissacia was a member of Gruden’s staff with the Buccaneers during the same time that Tomlin was there. Tomlin called him a “top-quality special teams guy. Calculated risk taker, a guy that’s capable of dialing things up. We’ve got to respect that”.

Then there is Paul Guenther, who spent 13 seasons with the Cincinnati Bengals—or the entirety of Tomlin’s coaching career with the Pittsburgh Steelers. He was Cincinnati’s defensive coordinator from 2014 to 2017, and previously served as linebackers coach and special teams coordinator.

There is also wide receiver Martavis Bryant, of course, who spent his first three seasons playing for the Steelers. But he is now on injured reserve, along with an astonishing 15 other players for the Raiders this year, including Marshawn Lynch, Donald Penn, Reggie Nelson, Leon Hall, and Brandon LaFell.