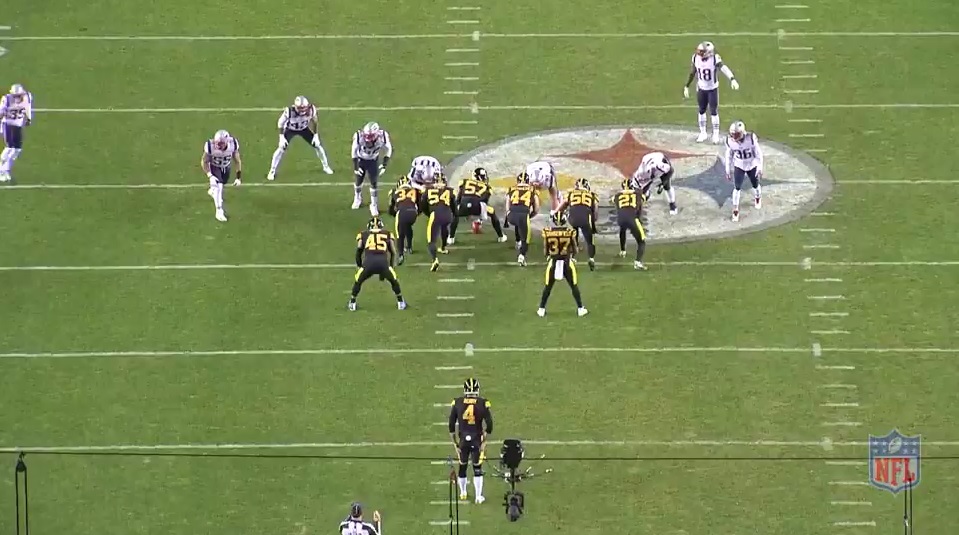 The Pittsburgh Steelers punted just twice in Sunday’s win, both resulting in fair catches. So you’re probably thinking there’s no way I could write something about that unit and turn it into a positive for Danny Smith, right? You just don’t know how much of a geek I am.

Of all the things that surprised me from the game, Jaylen Samuels’ success, the secondary shuffling, the fact the Steelers won, nothing took me by surprise like when Jordan Berry was out there to punt.

For the first time all season, the Steelers had a drastically different looking punt formation. Over the first 14 games of the season, they lined up in the same way. Five on the line, two wings, an upback, a gunner to each side. Smith’s unit did something starkly different Sunday.

Both times, he initially lined each gunner to the same side, one out wide and one in the “slot.” Cam Sutton is the man-in-motion here. 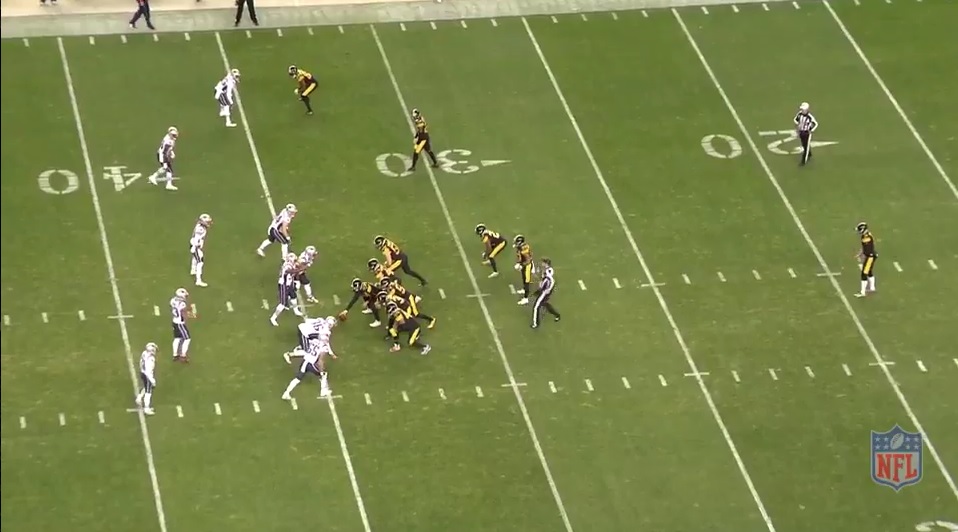 Upback Jordan Dangerfield, the quarterback of the unit, then motioned the slot gunner to his normal spot.

And twice, the field side wing, normally off the line of scrimmage, would line up on it. Here’s how it normally looks. 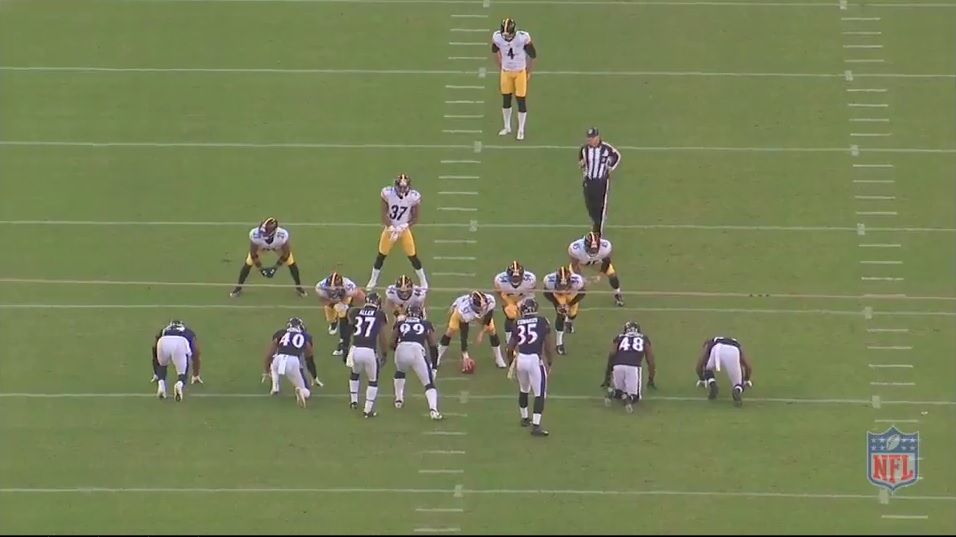 Here it is Sunday. Once, Roosevelt Nix was on the line. The other time, Sean Davis moved. 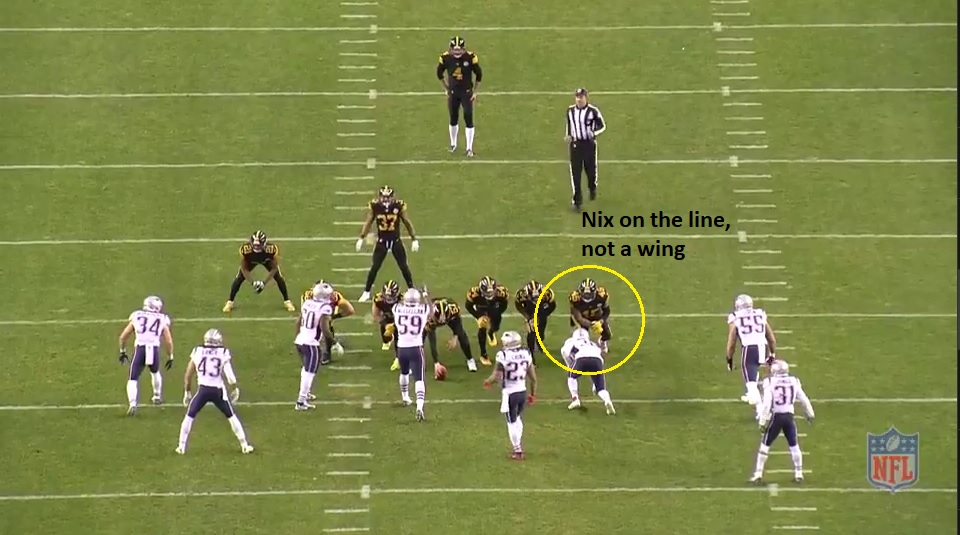 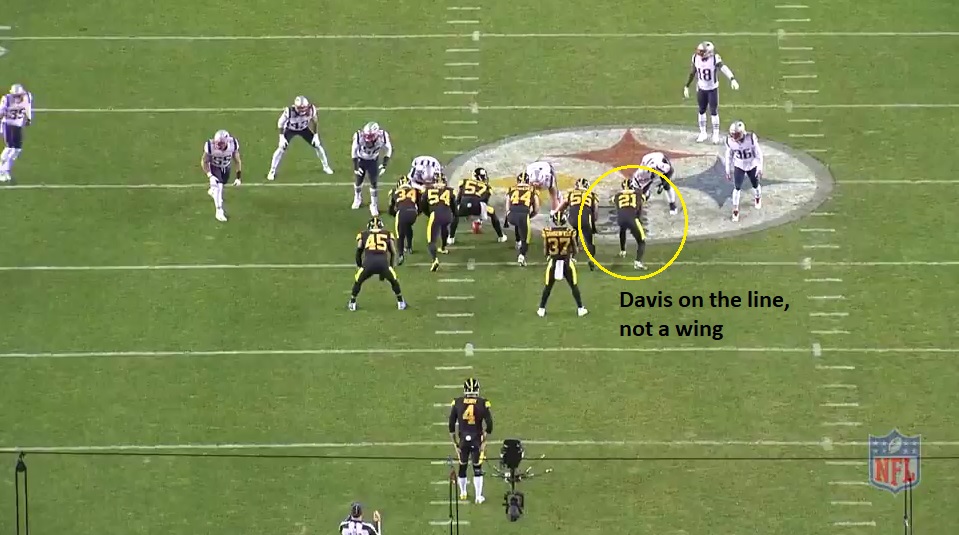 So…what’s the point? From here, it’s me just speculating my blogger heart out. But we knew how potent the Patriots’ punt rush team was headed into this game. They had already blocked three on the season, two in the first half in Week 14’s loss to Miami. Each time, they used an eight man rush that generated interior pressure, a direct path to the punter. That’s the kind of stuff that gets your attention as a special teams coach.

Busting out a new formation sets alarm bells off if you’re the Patriots. What’s different? Why’s it different? What should we expect? Obviously, you’re concerned about a fake, especially since it is something the Steelers have done before, throwing a fake punt last year and fake field goal just a couple weeks ago. When you’re worried about the opponent hitting you with some trick play, you’re not going to all-out rush and go for broke. You’re more worried about the fake than getting a block.

So each time, the Patriots went with a “safe” rush, five the first time, six the second, easily picked up each time by the Steelers’ line. 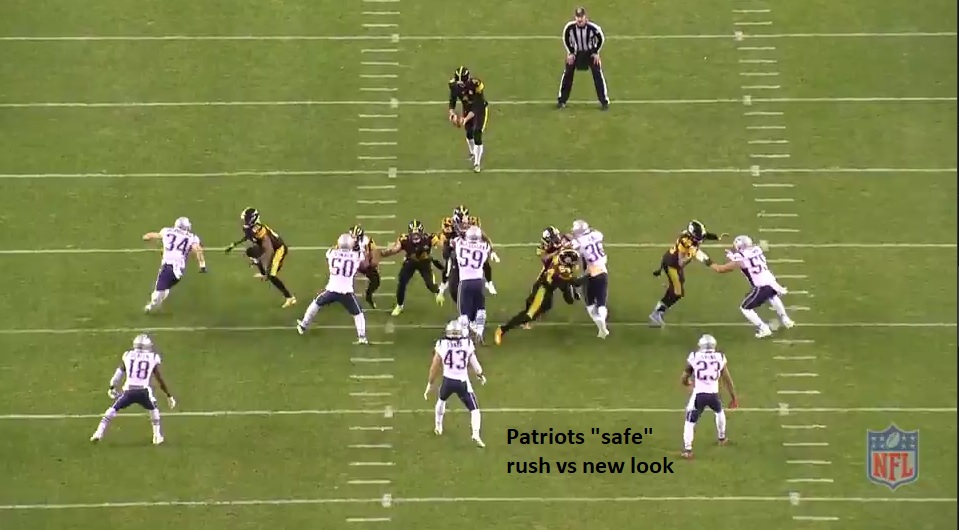 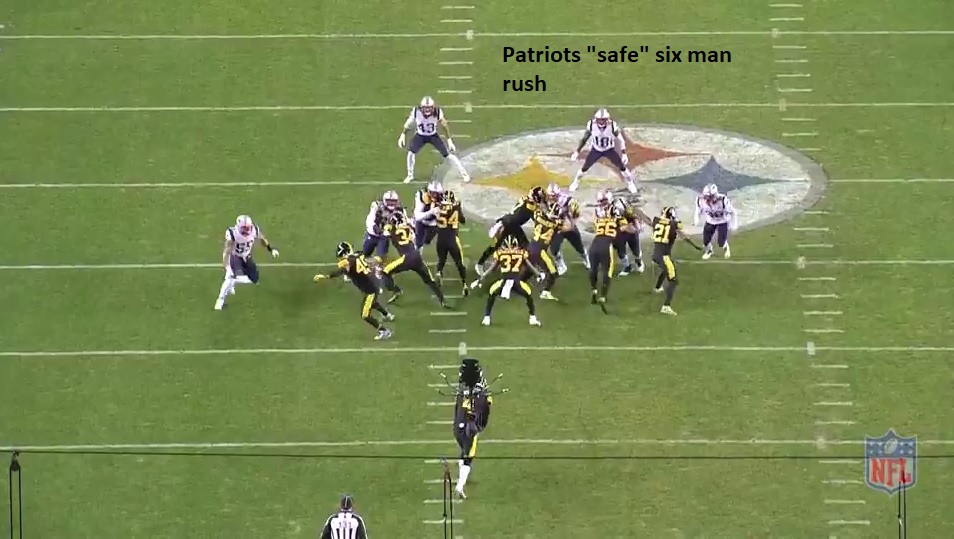 And that’s what coaches are for. To see problems before they happen. Instead of “crisis averted,” the threat of a heavy rush, you avert the crisis. Scheme your punt team in a way so you know the opposition won’t go with an all-out attack. And you’re guaranteed to avoid a punt block, barring something that goes wrong with the operation (snap, catch, etc).

That’s a guy like Smith having a plan in place and the ability to change up his looks, a different formation and wrinkle. I’m sure it’s something he’s done before, either in Pittsburgh or elsewhere in his long special teams career, and has in his back pocket as a “response” for a situation like this.

I know i drone on about it but that’s why special teams is so much more nuanced than just “did the kicker make this field goal?” or “did they tackle this punt?” All very important things, don’t get me wrong, but that’s just as much on the individual as it is the coach. If your backup linebacker misses a tackle and allows a long punt return, is that all on the coach?

But this? 100% coaching. Seeing a potential problem. And reacting to it. Without anyone noticing how well it worked. Danny Smith Forever.