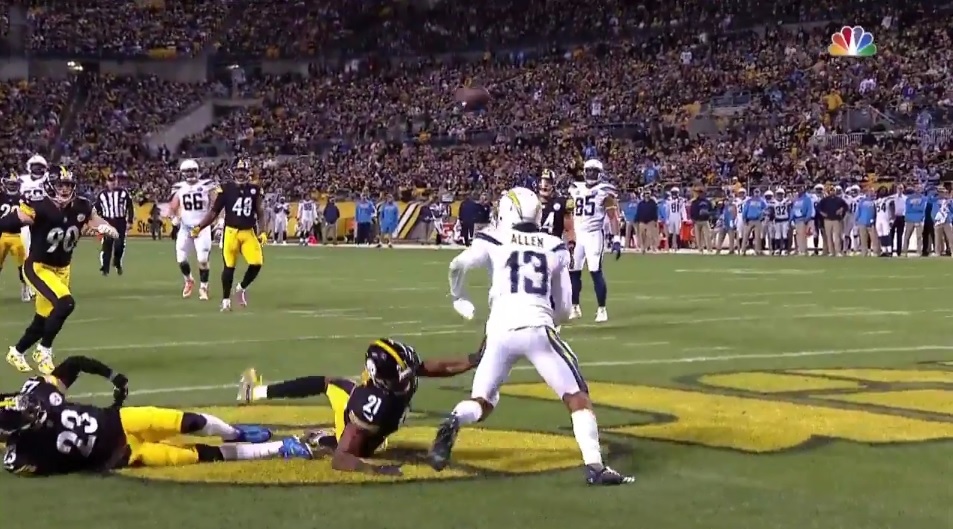 We’re basically saying the same thing each week about the Pittsburgh Steelers’ defense. Lack of turnovers, lack of splash plays. The Steelers are a lowly 23rd in takeaways, just 12 of them on the season, with one of the league’s worst turnover ratios at -8.

Generally, rush and cover go together. If you create pressure, you create turnovers. Though the Steelers lead the league in sacks, the only team in the 40s, the secondary aren’t capitalizing on those big plays. For Mike Tomlin, that’s the most disappointing part.

“We’re in the process of working on it,” he said Tuesday afternoon. “It’s done in a lot of ways. A lot of it is done by creating environments. Putting the quarterback under duress and so forth. That’s one of the reasons why I’ve been disappointed in the lack of turnovers. Because the quarterback has largely been under duress in the games that we’ve played. We’ve gotten after the quarterback. Our sack total is a reflection of that.”

The numbers look even worse if you look at things since Week Four. Since then, the Steelers have created only six takeaways, one of those coming on special teams, tied for 28th in the NFL. They’ve forced just one over the last three games, the last play of the game against Jacksonville.

With injuries mounting and tall tasks in New England and New Orleans right around the corner, Pittsburgh needs to change those numbers in a hurry.

“We gotta be more opportunistic,” Tomlin said. “We gotta preach it, we gotta work it. The guys gotta deliver. We’re definitely not going to sit on our hands and wait patiently for it to occur. We’re going to actively seek it. Which is what we’re doing.”

All that sounds well and good but clearly, it isn’t connecting. There simply aren’t enough playmakers on this defense, especially in the secondary, right now, and an area the team must address in the offseason.

One silver lining is how much better the defensive line is doing in batting passes down at the line of scrimmage. They have five in the past three weeks after recording just one the first nine games of the season. It hasn’t happened yet but maybe one of those will lead to a bouncing ball and easy interception for a linebacker or DB. Right now, it seems like this defense’s best shot.