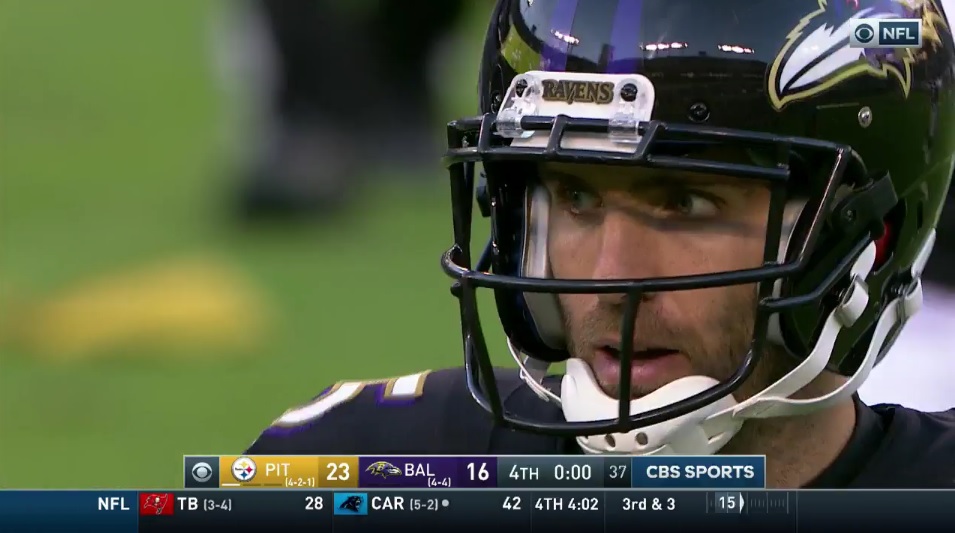 The Pittsburgh Steelers handled their business Thursday. Dealt a short week, against a tough, then 6-2 Carolina Panthers team, they rolled on at Heinz Field, making it five victories in a row. After a difficult start, they’re now 6-2-1. Life is good.

Today, the Cincinnati Bengals are going to have to try and keep up. And that’s going to be awfully tough. For starters, they’re taking on the New Orleans Saints. They have one of the NFL’s top offenses and handed the Los Angeles Rams their first loss of the season last week. Even without Dez Bryant, who wasn’t expected to play even before his Achilles injury, the Bengals have their hands full. Few defenses have shown the ability to slow down Drew Brees, Michael Thomas, and Alvin Kamara. The Steelers will face the same challenge when they see each other Week 16.

Injuries aren’t helping the chances of an upset either. Five Bengals have been ruled out this weekend. That list starts with A.J. Green, who may miss another game due to a toe injury, but there are starters elsewhere who litter the list. Tight end Tyler Kroft remains out. Nickel corner Darqueze Dennard and linebackers Nick Vigil and Vontaze Burfict won’t suit up either. To top it all off, starting right guard Alex Redmond is listed as doubtful and only practiced once this week. Effectively, make it six who will be missing.

It’s football and anything can happen. But the Bengals coming away with a victory will be a monumental upset, all things considered.

Baltimore might be on a bye week but their fortunes aren’t looking any better. Sitting at 4-5 was tough enough, thanks to the Steelers knocking them off last Sunday. Like Matthew Marczi wrote about Saturday, Joe Flacco’s immediate future is in question after a hip injury.

Logically, Lamar Jackson would make his first NFL start and in a way, that might be a good thing for the offense. But that evidently isn’t even guaranteed. Beat reporters have floated the possibility Robert Griffin III would get the nod. That was the expectation entering the year. Jackson would suit up and be used in a Wildcat-ish package if Flacco was healthy. But if an injury went down, Griffin would be elevated to starter.

As we talked about on Sunday NFL Countdown, Lamar Jackson will be the active No. 2 QB behind Joe Flacco for Ravens with a package of QB plays. Robert Griffin III not expected to be active but he is the safety net for 2018 if Flacco is lost for any stretch.

So let’s assume the Bengals lose this week. And let’s assume Flacco misses some amount of time;  you can decide who starts in his place.

That means coming out of Week 10, the AFC North looks like this (let’s be nice and even give Cleveland the win this week, it’s almost the holidays.)

That puts the second place Bengals miles away from first place with more than half the season gone. They’ll play Baltimore in Week 11, a matchup where the loser will effectively be eliminated from the AFC North title, assuming the Bengals don’t beat the Saints this week.

Cincinnati would have to go on an incredible tear. Baltimore would need a borderline miracle. Not just given the standings but the injuries and turmoil both clubs are dealing with.

That’s a good thing for the Steelers who hey, are putting all the pieces together and look like they could beat anyone. But their schedule is tough, this win streak won’t last forever, so the Bengals and Ravens sputtering as we dive into the second half of the season will provide Pittsburgh some breathing room in case things go a little south.