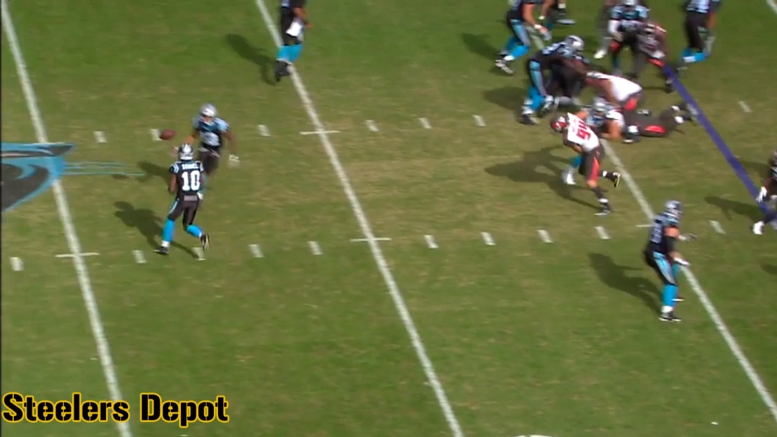 When you have to play a game on a short week, you want to be the home team, which has historically often been a big advantage in Thursday night games. Still, that doesn’t make it any easier to stop an offensive unit such as the Carolina Panthers that features a number of skill players that can move the ball with their legs, including quarterback Cam Newton.

Head Coach Mike Tomlin talked on Monday about the difficulties of stopping Newton, who this season already has 342 rushing yards to go along with four touchdowns. Over the course of his career, he has rushed for 4662 yards and scored 58 touchdowns with his legs.

Add onto that second-year running back Christian McCaffrey, whose 502 rushing yards and three touchdowns on the ground on 109 attempts is just the tip of the iceberg of his production. He also has 49 receptions for another 378 yards and two more touchdowns, on passes that are often designed to put him in space.

The 6-2 Panthers also like to use their wide receivers on gadget plays, particularly rookie D.J. Moore, who has picked up 117 yards on seven carries this year, and his longest gain is only 32 yards. Curtis Samuel has also gotten a few end-arounds or sweeps for 42 yards, and Jarius Wright added 34 yards on his lone attempt so far.

All of these moving parts give defensive coordinator Keith Butler a headache operating on a short week. “The biggest thing” this week, he said, was going to be bringing down “the guys that are running the ball”, whether that is a running back, quarterback, or wide receiver.

“They do a lot of different things. They do a lot of reverses and stuff like that”, Butler said, according to the team’s communications department. “We have to be able to set edges and be disciplined, and if we do that, we’ll be alright”.

As to what strategy he is looking for from his unit to combat that, the defensive coordinator said, “I want them running to the ball. I want them doing that. but at the same time if you have reverse responsibility then you have to prepare for that, too, because they will run reverses. They will run gadgets. They are a gadget team in terms of their offense, so we have to be disciplined in what we are doing”.

The Steelers handled the Baltimore Ravens’ ‘gadget’ package of Lamar Jackson pretty well earlier this week, though he was able to complete a first-down pass, and was also open for a touchdown on a ball that never came his way.

And there is no comparison between Jackson and Newton right now. The Steelers defending gadget offenses have been a mixed bag in recent years, even if the thing that most people will remember is the flea flicker the New England Patriots burned them on in 2016.