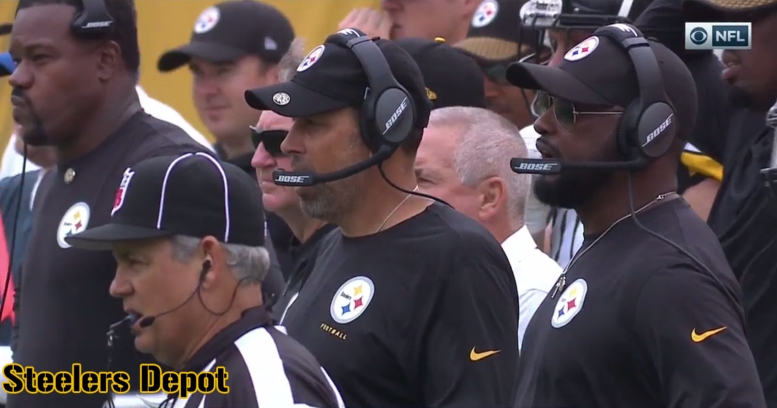 While he was not necessarily well-liked on the whole—offensive coordinators rarely are—Todd Haley was certainly a well-known personality with the Pittsburgh Steelers during his six seasons here, a run of employment that was only terminated early this year when his contract was allowed to expire.

Now with the Cleveland Browns in the same post as offensive coordinator, he returns to Heinz Field for the very first time ever as a coach with a visiting team. This despite the fact that he grew up around Three Rivers Stadium while his father, Dick Haley worked in the organization.

I checked, and it’s true. Haley served in a variety of roles from 1995 through 2011 with the New York Jets, Chicago Bears, Dallas Cowboys, Arizona Cardinals, and Kansas City Chiefs. While his teams have played the Steelers, it was never in Pittsburgh.

As the wide receivers coach for the Jets in 2000, they hosted the Steelers in their fifth game of the season, getting off to a 4-0 start. The Steelers, who only went 9-7 that year, handed New York their first loss by a score of 20-3, and would also end up 9-7.

Haley would only spend three years with Chicago from 2001 through 2003 and would not face Pittsburgh at all during that time. He would see them during his first year in Dallas in 2004, however, of course in Dallas. 2-3 at the time, his team would lose 24-20 to a Steelers team that would of course go 15-1 with a rookie Ben Roethlisberger, the first time Haley would ever get to see him live.

His only win in regulation against the Steelers came during his two seasons with the Cardinals, in 2007, coming out on top 21-14 in a Week Four game, as they drew to 2-2 on the year under first-year head coach Ken Whisenhunt. They would got 8-8 that year and reach the Super Bowl next season, this time on neutral ground, losing on a last-minute game-winning drive by, you know who, Ben Roethlisberger.

Haley coached against the Steelers twice while the head coach of the Chiefs, in 2009 and 2011. His Chiefs ended up beating Pittsburgh—in Kansas City—in overtime by a field goal that first year, but the Steelers handed them a 13-9 defeat in 2011 that featured only one touchdown, by Weslye Saunders (drink if you’re playing at home).

And of course he faced the Steelers in the season opener this year, his first game with the Browns. In all of these games mentioned above, they took place in his home stadium, or on a neutral field. While he got to spend several dozen games coaching in Heinz Field with the team, it is pretty interesting that this is his very first trip there—or to Three Rivers—ever as a visiting coach.