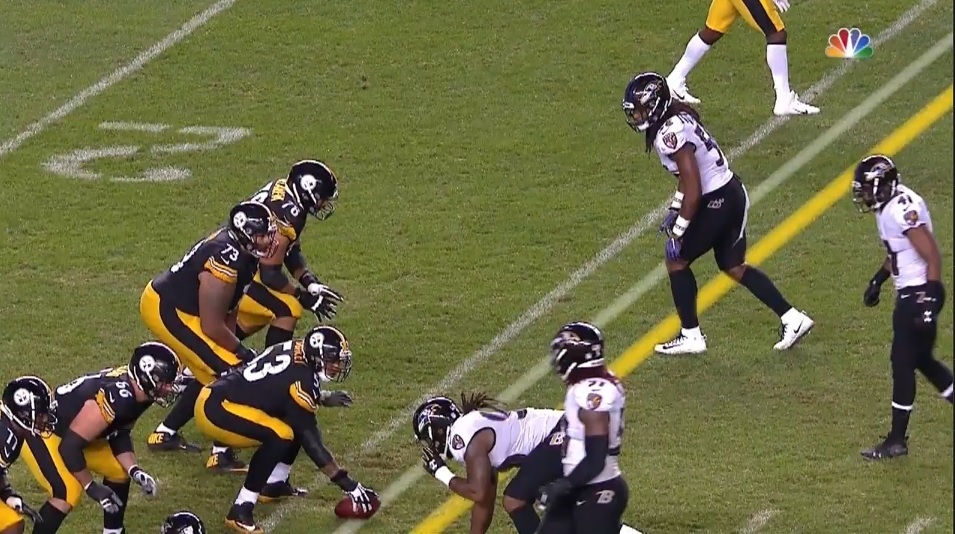 Pittsburgh Steelers quarterback Ben Roethlisberger has rightfully made it a habit of taking the blame whenever the team loses, whether the offense put up just a handful of points or 40. It is part of the quarterback’s as a leader of not just the offense but the whole team to assume responsibility for the entire unit’s success or failure. It’s also simply the nature of the position that it plays such a monumental role in whether or not the team wins.

But Roethlisberger’s blockers aren’t having it. They blame themselves. That is what we heard from Ramon Foster as he spoke to the media yesterday following the Steelers’ 26-14 loss to the Baltimore Ravens.

“I think it falls on the O-line”, he said when he was asked about Roethlisberger’s comments about the struggles of the offense being on the play of the quarterback position. “We gotta get some stuff going up front, too”.

While the pass protection has not necessarily been too bad, Roethlisberger has been hit about an average of three times per game or so, not including incidental hits. The run blocking has been another matter.

“If we’re not having a good run game, it falls on us”, right tackle Marcus Gilbert added to Foster’s remarks. “If we’re not having a good pass game, it falls on us, as well. We’ve been one of the top offenses in the league the last couple seasons. There’s no excuse for us to be struggling like this. Everybody expects so much better than that from us”.

The Steelers are averaging just 3.6 yards per rush so far this season, which ranks 24th in the league. Their 289 total rushing yards are the fifth-fewest in the NFL, though their four rushing touchdowns puts them in a tie for sixth.

Injuries have not helped. David DeCastro suffered a hand injury early in the first game, though he only missed a couple of snaps before returning. He missed the next two games, and Gilbert also missed one game. Foster missed almost all of training camp and the preseason.

But the starting five is back together now, and should be able to play the best it has so far on Sunday against the Atlanta Falcons. In their eyes, it’s the only option. “All we can do is respond. We have the guys to do it”, Gilbert said.