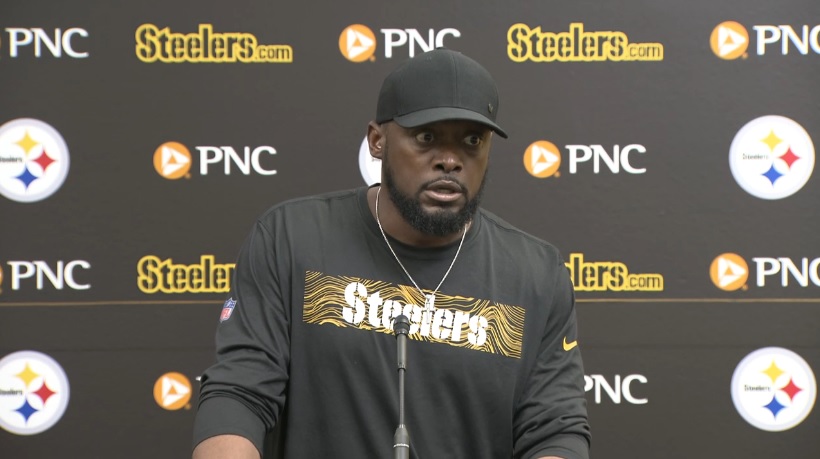 Patrick Peterson wants out of Arizona. The Pittsburgh Steelers desperately need a cornerback.

We’ve already written why it’s unfortunately unlikely Peterson gets moved and much less to Pittsburgh even if the Arizona Cardinals deal him. Though his response was predictable, Mike Tomlin was asked about the Peterson rumors today. He quickly shot down the speculation.

“I don’t play that hypothetical game,” Tomlin said at today’s press conference. “We focus on us and potential free agents and so forth. It’s our normal business. I don’t delve into the hypothetical fodder. About who is potentially available and who’s not. Some of those things are just speculation. There’s no significance or anything real to it. So why comment on it, why think about it, why waste one iota of our time? We got real tangible issues relative to guys who are on our team that need to be addressed.”

Cardinals’ management has repeatedly stated that Peterson isn’t available to be dealt. Acquiring him certainly means giving up at least a first round draft pick. And it’ll probably take more than that, given the fact WR Amari Cooper was just traded for a first and he’s a less productive player whose contract expires sooner than Peterson.

Best case scenario, it’ll cost a first and mid-round pick to get Peterson. Worst case, it could mean giving up multiple first rounders.

Peterson reportedly wants to go to New Orleans and be close to home and where he played college football. Given the lack of draft capital, the Saints were always unlikely to pull that off. And moments ago, they traded for Giants’ cornerback Eli Apple, a likely admission they had no way of getting Peterson even if they wanted him.

Giants trading Eli Apple to the Saints, per source.

Arizona dealing Peterson has always been unlikely. And if the Steelers do make a run for him, Tomlin will never admit so publicly. Honestly, I don’t know why he even gets asked the question at this point since his non-answer is always the same. Right after his response about Peterson, Tomlin quipped the same applied to any questions about Le’Veon Bell.

“The guys that are here working have our attention and focus and appropriately so. We’ll deal with the potential of some of those hypothetical things when they fall at our feet.”