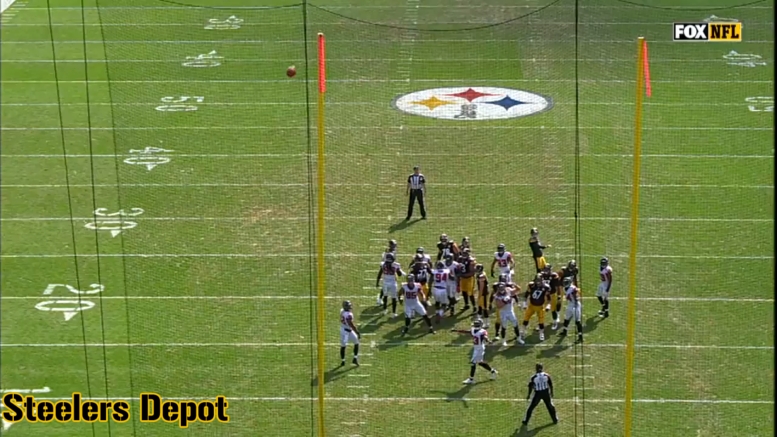 Pittsburgh Steelers kicker Chris Boswell made two field goals last week against the Baltimore Ravens. The team only scored one touchdown and they successfully converted on a two-point attempt that at the time tied the score at 14, so he was spared having to attempt one of those.

That performance came off the heels of a disastrous start in which he missed his first two field goals to start the season, including what would have been a game-winner in overtime in the season opener, and three of his first four. He also missed two of his 11 extra point attempts.

So it was critical for him to have a clean sheet finally, to signal that he was back on the right track after making the Pro Bowl just last year, setting franchise records in points scored and field goals made in a single season.

That clean sheet was short-lived, however, as he missed another extra point yesterday evening against the Atlanta Falcons, after the Steelers scored on their opening drive. Perhaps he was just too startled by the early work, since the team had barely even managed a first down on their previous four opening drives.

The team would go on to score five more touchdowns, and he made good on all of those five extra point attempts, but yet another miss cannot be ignored. He is now 14 of 17 on extra point attempts, and three of six on field goal attempts. He has missed six out of 23 total kicks on the season now, making just 73.9 percent. That is low for field goals alone, but startling when you include extra points.

Entering this week, 21 of 32 NFL teams remained perfect on extra point attempts. 29 out of 32 had missed no fewer than one. Only three teams missed more than one, the other two being the Cleveland Browns—who fired their kicker—and the Los Angeles Chargers, who stunningly missed three of nine.

So at least Boswell is doing better than Caleb Sturgis, who missed his fourth extra point yesterday, none of which were blocked. He has now made just eight of 12 on the season.

But Boswell is a Pro Bowl kicker. There is no reason that he should be having these issues. He did get his foot stepped on in practice on Thursday, but there is no indication that that was believed to be an issue.

The league’s plan to move extra points back to the 15-yard line was initially scoffed at, suggesting that it wouldn’t make a difference, but it has. There are an average of three misses per week so far this season. Kickers have missed six percent or more (give or take) of extra points over the past three seasons. They made 99.3 percent of extra points in 2014 when it was still at the two.