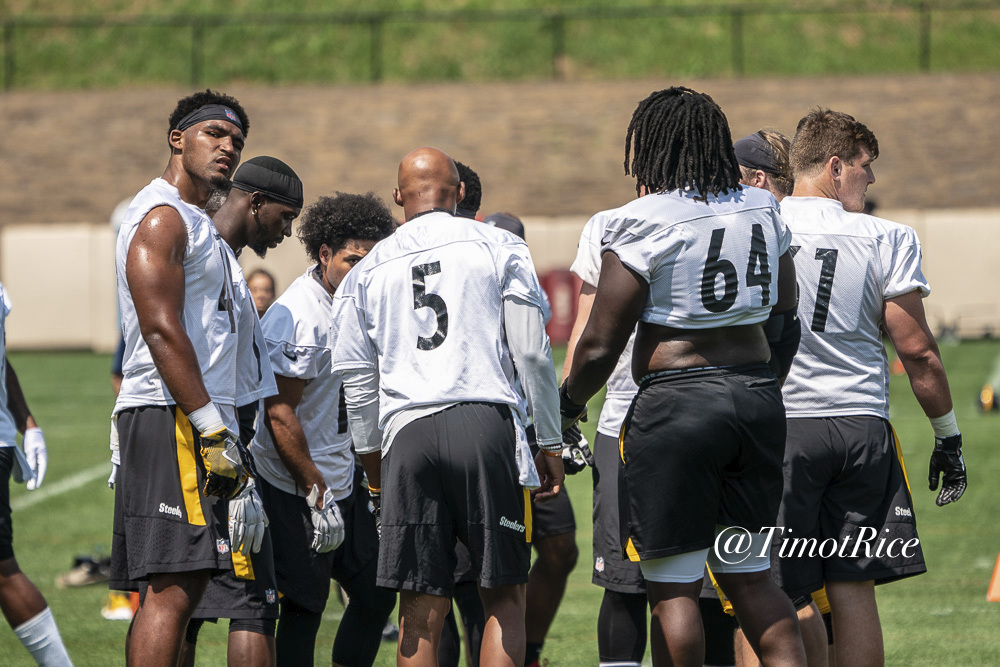 With the Pittsburgh Steelers mostly taking care of the 53 man roster Saturday afternoon, we’re turning our attention to the practice squad. That can start to be formed this afternoon. So far, we know one name who is expected to be signed to the 10 man squad: OL R.J. Prince, according to a tweet from the Houston Chronicle’s Aaron Wilson.

Steelers cut R.J. Prince, likely to be brought back for practice squad

Prince, a UDFA from North Carolina, was originally a tryout player in rookie minicamp and signed with the team after the three day weekend. He began the preseason at right tackle, then spent most of it at right guard, before playing tackle in the preseason finale. To me, for whatever it’s worth, he’s a better guard than tackle.

“Great kid. Great size. Very good attitude”, he said. “Playing both guard and tackle and doing a good job adjusting between the two. A nice, physical, good looking guy, adjusting to what we are doing. Everything is there – size, strength, long arms, desire. So far, so good”.

Flexibility is important to stick on the roster and as mentioned above, he’s played tackle and guard. That would give the Steelers at least 10 total offensive linemen after carrying nine on the initial 53, including OT Zach Banner.

Prince was a two year starter at guard for the Tar Heels after coming to school as a tackle, a three star athlete out of high school.

In his college bio, he says he aspires to become a professional wrestler someday. At 6’5 311 pounds, he certainly has the size to make it. But for now, the Steelers will keep him around and let Munchak develop him.