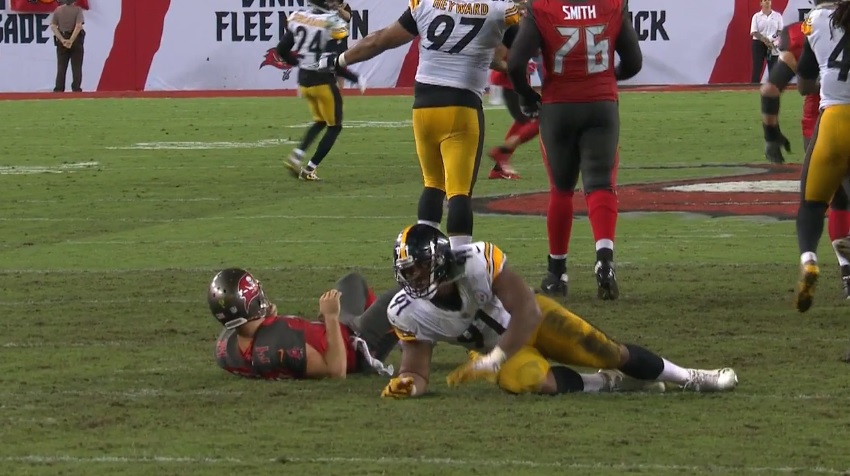 While the NFL will not be altering the roughing the passer rule this season, nor will it de-emphasize the point of emphasis that has been put in place this season to focus on players landing with all or most of their body weight on the quarterback, I am quite confident that we will see it officiated differently going forward.

The Competition Committee held a conference call yesterday, and it was on that was specifically requested by Commissioner Roger Goodell. Troy Vincent confirmed that the rule will stay the same, but they clearly indicated that the intention is for there to be greater specificity in what is considered an illegal hit.

As Ian Rapoport explained in a Tweet quoting Vincent’s statement, “if there is an attempt to or show of getting the body weight to the side or off the player there won’t be a foul”. The body weight penalty has been in place for decades and is nothing new. It’s only finally being enforced, so it’s understandable if there is a period of growing pain.

The video is included. No changes to the letter of the law, but consistency will be the focus. Essentially, if there is an attempt to or show of getting the body weight to the side or off the player there won’t be a foul. https://t.co/0uawjETOuc

It’s worth pointing out that none of Clay Matthews’ three roughing the passer penalties were ever actually fined, which is a clear indication that while they were considered fouls in real-time by the on-field officials, the league determined that they were permissible hits. In addition, none of them were included in the most recent video passed along demonstrating examples of illegal hits.

This is merely an issue of implementation, and likely pretty much every other rule change ever made, has sparked far more fear than is actually merited about its ability to radically reshape the game. If we’re being honest, only a very small percentage of people who actually claim that they are going to ‘stop watching football’ because of how it’s changed ever actually end up going through with the threat in the first place.

The league will be fine, and the rule will be fine. The only roughing the passer penalty in the Pittsburgh Steelers’ game that was even relevant to the body weight clause was the one from Stephon Tuitt, and to date there has been no indication that he was fined.

The NFL sorted out the lowering the helmet rule quickly, and they are working toward doing the same for the emphasis on protecting quarterbacks from defenders landing with their body weight on them. the penalty is still going to be called—it is sometimes actually a justified penalty—but you should expect to see fewer and fewer of them going forward. The league isn’t out to hurt itself, after all.