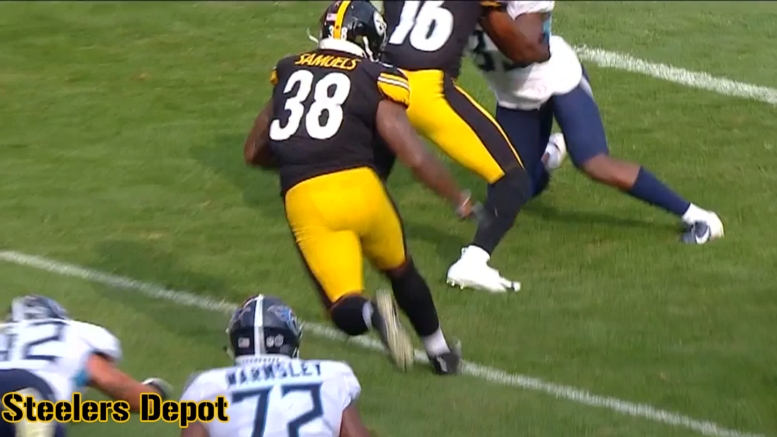 Question: Which personnel decisions were you most pleased or displeased to see—outside of the quarterback position?

If I don’t include this caveat then the entire conversation is going to center around Joshua Dobbs and Landry Jones. Yes, that decision is going to be on the top of most people’s lists, either positively or negative (I’m guessing the majority positive), but we already knew this, so let’s try to make it interesting.

While we don’t know what the final 53-man roster is going to look like heading into the opener a week from today, there are probably not going to be a whole lot of changes. We have the foundation of what the team is going to be in 2018, so we can start examining it now.

Personally speaking, I think that my favorite move the Steelers made, that I wasn’t too sure would be made, was the retention of rookie running back Jaylen Samuels. While I believed it was more likely to happen than not, I wasn’t sure. But let’s also keep in mind that his position is vulnerable. A move will have to be made when Le’Veon Bell returns, and likely either he or Stevan Ridley is released.

While I didn’t have him on my roster, I also liked keeping Zach Banner. It’s never a bad idea to throw raw talent at Mike Munchak, for starters, and heading into next season he’ll potentially have three young tackles to work with as the Steelers’ starters at the position grow past the age of 30.

My biggest single issue with the roster initially was the decision to keep L.J. Fort over Keion Adams, especially given that the team doesn’t even like to use Fort on defense, but I later realized just out little Adams played on special teams this preseason. He would not have dressed anyway, and can be kept on the practice squad.

That said, my biggest issue then was keeping five safeties rather than Brian Allen, who is already a regular on special teams and is still in development. Provided that he clears waivers, which he should, however, this is also a negligible decision in the grand scheme of things.