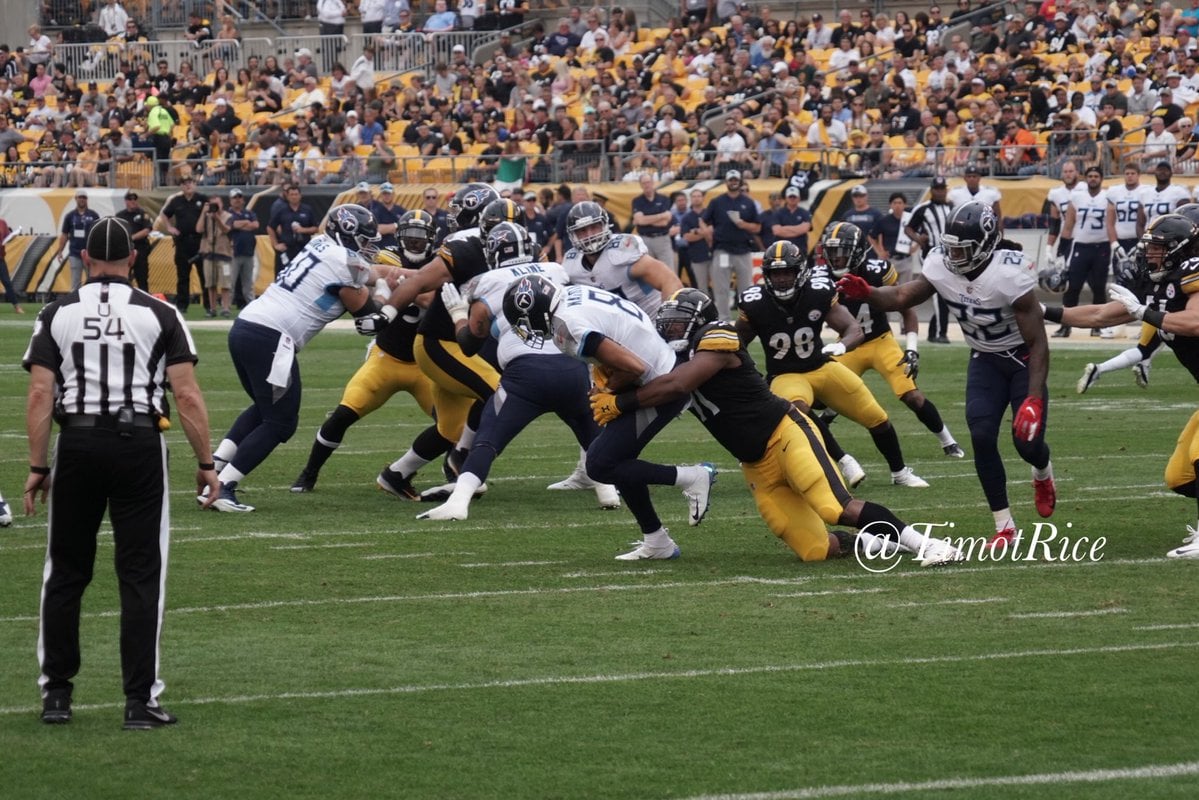 Winners and losers from the Pittsburgh Steelers victory over the Tennessee Titans in preseason Week #3.

James Conner: Conner showing receiving chops (7 catches) he hasn’t shown ever before. The seven grabs he had were the most in a game for him, college or NFL, and it was only done in a half. Running room tightened up in the second quarter but Conner still found a way to make his mark.

Terrell Edmunds: Edmunds recorded his first INT, plastering the receiver on a scramble drill and finishing the play. Like his ball awareness after the pick too, immediately getting up and netting 30 yards on his return. Run defense and tackling were above the line too. Finished the day with four tackles.

Pass Rush: Got home this week, adding Cam Heyward to the fold and following a week of practice from Bud Dupree. Vince Williams, Heyward, and Tuitt all had sacks and helped bail out the Steelers’ secondary. Farrington Huguenin and Lavon Hooks added to the numbers late in the game.

Matthew Thomas: Not so much a commentary on how well he played but when and where he was used. Thomas saw first-team snaps on 3rd and long, the Steelers putting three ILBS on the field and removing OLB Anthony Chickillo. Signs the team is at least entertaining the idea of finding a role for Thomas, though it’ll be more complicated with T.J. Watt back on the field.

Jaylen Samuels: It was a little disappointing not to see Samuels get work with the starters. But when his name was called upon, he impressed. Ran hard, with burst and vision, and showed the receiving ability that got him drafted. He carried the ball 11 times for 41 yards and another 36 out of the backfield.

Chris Boswell: Boswell. Bingo. Another day at the office for the newly paid Steeler. 3/3 on field goals and an extra point for good measure. If you see him, buy him a Yuengling.

Jordan Berry had a more even performance too.

Ola Adeniyi: Another impressive performance too. Run defense and pass rushing ability equally solid. A guy making quite a case to land on the 53 man roster.

James Washington: Not the way you thought or hoped it’d go after a strong first two weeks for the rookie. Justin Hunter dominated the first team reps while Washington was shut out on the score sheet, no catches on two targets. He left the game in the 3rd quarter with an abdominal strain.

Defensive Communication: Though it didn’t result in any big plays, the Titans should’ve had a long touchdown after the Steelers had a breakdown in coverage. That was the problem last year. Communication issues plagued them all year long but it didn’t start hurting them until late in the season.

Jordan Dangerfield: Not a terrible game but in the 2nd half, he gambled for a pick and lost, allowing a big pickup on third down. Later in the same drive, he was issued a 15 yard penalty for taunting. That helped the Titans find the end zone for their first score of the game. Ending camp on a high note, this was a little disappointing.