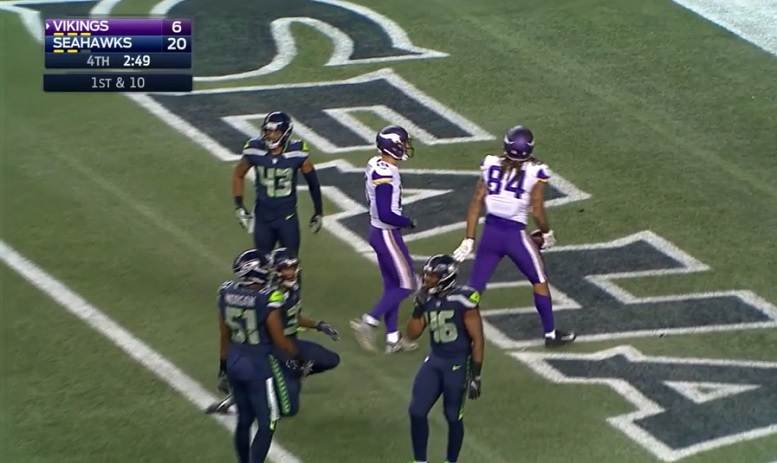 The Pittsburgh Steelers 2018 preseason will get underway Thursday night with a road game against the Philadelphia Eagles. Prior to every preseason game this year I will spotlight one offensive and one defensive player that I believe should be focused on throughout the contest. However, none of the players that spotlight in this series will be draft picks of the team. Instead, I will focus on younger players who joined the team this year as rookie or first or second-year free agents.

The offensive player I chose to spotlight for the Steelers first preseason game against the Eagles is tight end Bucky Hodges.

When the Steelers reported to training camp this year, Hodges was still a member of the New York Jets, who had signed him to a two-year, $1.075 million contract back in April. After losing tight end Ryan Malleck to an undisclosed injury at the start of August, the Steelers replaced him on their roster by signing Hodges, who had bee waived by the Jets just a few days earlier.

Despite his late arrival to the Steelers, Hodges, according to several first-hand reports, has fit in quickly on offense as he continues to fully learn the playbook. He’s a hard player to miss on the field as well as the 2017 sixth-round selection of the Minnesota Vikings measured in at the annual scouting combine at 6061, 257-pounds.

Hodges, who was originally recruited by Virginia Tech as a quarterback, slowly started his conversion to tight end during the spring of 2013. After playing tight end in 2014 and 2015, Hodges was moved to wide receiver for the 2016 season. Most of his tape from that season includes him lining up wide or in the slot. During his three-year college career he registered 133 total receptions for 1,747 yards and 20 touchdowns. All of his 2016 receptions and targets can be seen in the linked post below:

As a rookie with the Vikings, Hodges played in all four of their preseason games and registered 57 offensive snaps in total. He ended the preseason with 4 receptions for 72 yards and a touchdown, which can be seen here and below.

This looks familiar… Bucky Hodges over the middle for the 21 yard TOUCHDOWN!!#NFLHokies ???? » @nflnetwork pic.twitter.com/t3hzuouubM

Hodges, however, only played 9 total special teams snaps in those four preseason games and registered just one assisted tackle on a punt team coverage play.

With the Steelers currently being short on tight ends entering their first preseason game due to Vance McDonald dealing with a foot injury, Hodges should get plenty of playing time on offense against the Eagles Thursday night. While he is still very new to the team, he’s easily their best healthy tight end currently on the roster behind James and Xavier Grimble. Don’t be surprised if Hodges registers a few receptions and maybe even a touchdown against the Eagles. Additionally, watch his blocking closely throughout the game and especially during plays in which he’s on the line of scrimmage. Also be on the lookout for him on special teams, which is another phase of his game that is seriously lacking when it comes to his tape.

We’ll make sure to highlight some of Hodges’ play Thursday night next week.