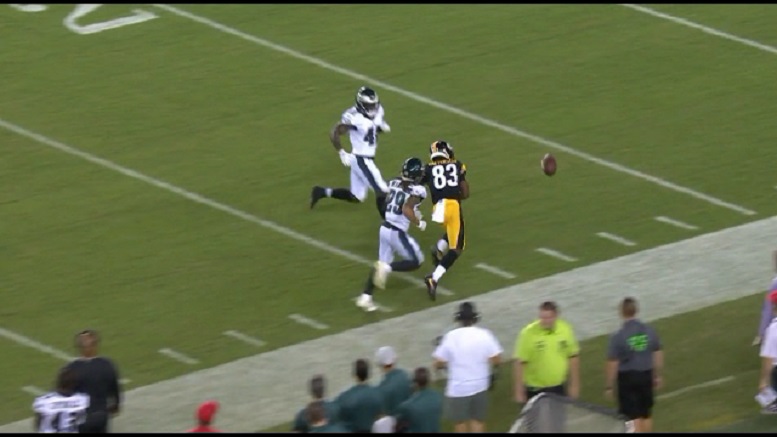 We now know a little bit more about the defective football that was evidently used during the Pittsburgh Steelers Thursday night preseason opener against the Philadelphia Eagles.

According to Steelers rookie quarterback Mason Rudolph, the defective football incident happened with him under center during the third quarter of the Thursday night preseason opener in Philadelphia.

“I did,” Rudolph said Saturday when asked if he immediately realized he had been snapped a defective football. “I got the ball and the thing was completely flat, like, to where it would not have been an advantage. So, that was the weirdest thing and then they took it out, or whatever, but a kind of a freak deal.”

Rudolph was then asked how many plays that football was used in.

“One play,” the rookie quarterback said. “[I] threw the ball down the sideline to Damoun [Patterson], down the right sideline, kind of go route. It was one of those balls that’s in your grandfather’s garage for two years and you’ve never thrown it. It was a bad deal.”

Rudolph was able to laugh the whole thing off and below is the play he says he had to throw the deflated football, which supposedly felt like a marshmallow, according to a post-game report. It looks like he threw that football right where it needed to go.

The NFL has since announced that all proper procedures were followed during the game and it was nothing more than a defective football that has been sent back to Wilson to be examined.

According to Rudolph Saturday, this was the play that included the defective football. #Steelers pic.twitter.com/9vH9r63GxU