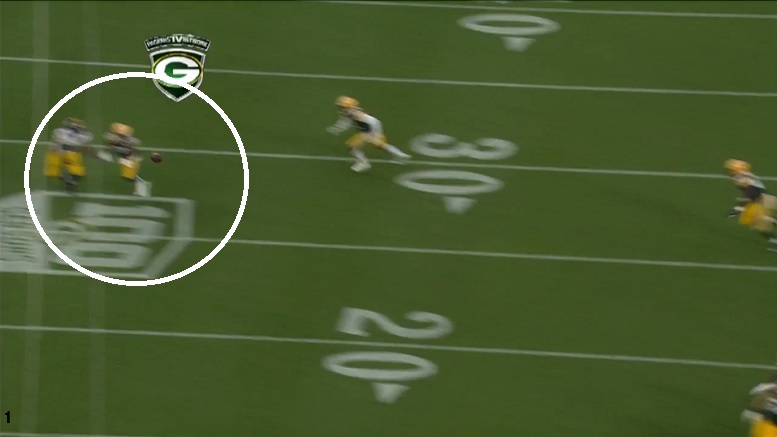 Pittsburgh Steelers rookie quarterback Mason Rudolph made his first NFL preseason start Thursday night against the Green Bay Packers and the team’s third-round selection this year out of Oklahoma State struggled during his first half outing as he completed just 5 of his 12 total pass attempts for 47 yards with a touchdowns and an interception.

After having an nice NFL preseason debut the previous Thursday night against the Philadelphia Eagles, Rudolph’s second exhibition performance showed that the rookie still has a lot of development ahead of him. His first pass attempt of the game, a short curl route throw to veteran wide receiver Darrius Heyward-Bey on the left sideline, was telegraphed and quickly undercut by Packers cornerback Tramon Williams for an easy pick 6 interception. It certainly didn’t help that Heyward-Bey didn’t work back on the curl route, but the ball still might have been intercepted just the same even if he had done so.

While Rudolph did settle in some during his third offensive series that included him making his only touchdown throw of the game, a short skinny post throw up high to wide receiver JuJu-Smith-Schuster, he would only complete three more passes from that point forward with two of them being very short throws behind the line of scrimmage to rookies James Washington and Jaylen Samuels. The rest of Rudolph’s throws were mostly off target and that included him throwing high several times, twice to Washington, and once to tight end Jesse James in the middle of the field on a 3rd and 7. That throw was not only high to James, but behind him as well.

Of the 9 passes that Rudolph attempted against the Packers that flew in the air more than 10 yards past the original line of scrimmage, only two were completed and one of those was the touchdown pass to Smith-Schuster.

I have an animated gif below that includes the ball placement of all 12 pass attempts from Rudolph Thursday night. Additionally, I have included a passing chart of those throws in relation to where they were from the original line of scrimmage. The one white dot signifies Rudolph’s touchdown pass against the Packers while the yellow dot shows his lone interception. The blue dots are his other completions while the red dots are his other incompleted passes. All are marked as if the 30-yard-line was the original line of scrimmage.

At the very bottom of this post I have included a table that adds context to all 12 of Rudolph’s pass attempts against the Packers. That data includes pass distances, intended targets, yards after the catch, down, distance, time and more.

With one good and one bad showing now under his belt, it will now be interesting to see how Rudolph responds in the Steelers next preseason game against the Tennessee Titans. In all likelihood, Rudolph won’t see action in that contest until sometime in the second half and perhaps he’ll even start the final 30 minutes of action like he did in the team’s opener against the Eagles. He’ll need to get the arrow moving back in the other direction against the Titans as his performance against the Packers this past Thursday night was certainly a forgettable one.