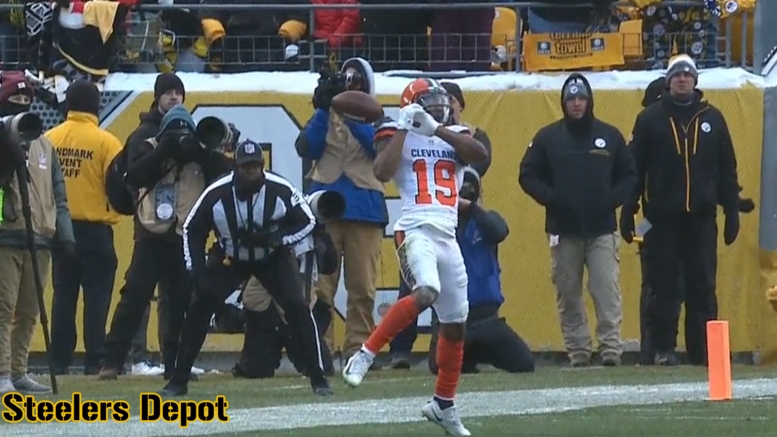 The Cleveland Browns made a trade on Sunday and it included them dealing away another former first-round draft pick of theirs.

According to Adam Schefter of ESPN. the Browns have traded wide receiver Corey Coleman, the team’s first-round selection in the 2016 NFL Draft, to the Buffalo Bills for a draft pick.

Cleveland is trading former first-round pick WR Corey Coleman to the Buffalo Bills for a draft pick, per source.

Coleman was the player the Browns selected after trading the No. 2 overall pick to Philadelphia so the Eagles could draft Carson Wentz.

Coleman, who was taken 15th overall by the Browns in 2016 after they had traded out of the 2nd overall spot, has registered all of 56 receptions for 718 yards and 5 touchdowns in his first two years in the NFL.

The Browns decision to part ways with Coleman right now is a bit surprising with fellow wide receiver Josh Gordon still not yet in training camp as he remains on the NFI list. Currently, Jarvis Landry, Antonio Callaway, Rashard Higgins and Jeff Janis appear to be the Browns top wide receivers with Gordon not yet in camp and Coleman now gone. One now has to wonder if free agent wide receiver Dez Bryant will be signed soon.

Earlier in the offseason, new Browns general manager John Dorsey traded away quarterback DeShone Kizer, who was drafted in the second-round in 2017, to the Green Bay Packers.

The Browns will open their 2018 regular season five weeks from today at home against the Pittsburgh Steelers.