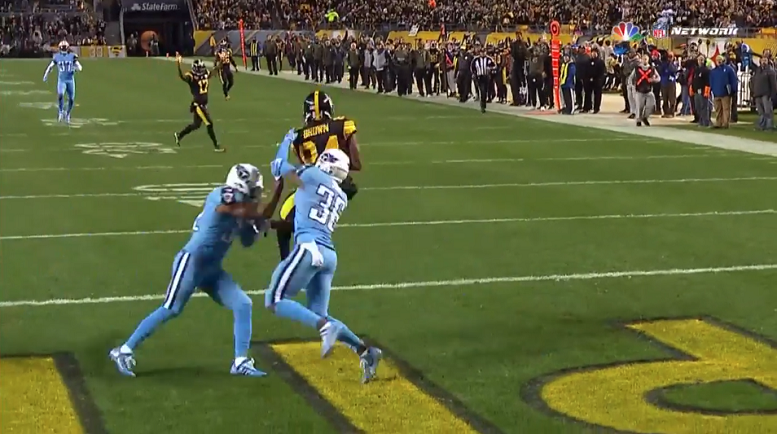 According to a Thursday infographic posted on Twitter by Pro Football Focus, Pittsburgh Steelers quarterback Ben Roethlisberger registered the third-most deep passing yardage in the NFL dating back to 2015. Finishing ahead of him were New Orleans Saints quarterback Drew Brees and Seattle Seahawks quarterback Russell Wilson. With PFF failing to provide any context in their tweet, I thought I would look deeper into their numbers and add some context for you.

First, PFF defines a deep pass as one that travels 20 or more yards in the air past the original line of scrimmage. According to my data sets, Brees threw for 3,282 deep passing yards dating back to 2015. Wilson finished second with 3,263 yards while Roethlisberger was indeed third with 3,095 yards. The difference in my numbers and PFF’s is the scoring of a few pass distances and quite honestly, it’s not really a big enough difference to matter.

My numbers in the table bellow include completion percentages for all five quarterbacks that PFF referenced in their tweet and as you can clearly see, Roethlisberger had the lowest on throws of 20 or more yards down the field over the course of the last three seasons. However, it’s worth pointing out at this time that the average distance down field that Roethlisberger threw on these 241 attempts was 30.7 yards (AAY) and that’s the highest of the five quarterbacks researched. Additionally, Roethlisberger’s 241 total attempts of 20 or more yards is the most as well.

When it comes to traditional quarterback ratings, Roethlisberger’s 91.5 number is the lowest of the five quarterbacks. With that said, it’s still a great number when you consider the average air distance of his 241 total attempts.

The King of deep passing over the past three seasons. pic.twitter.com/9xXtGCtvGx