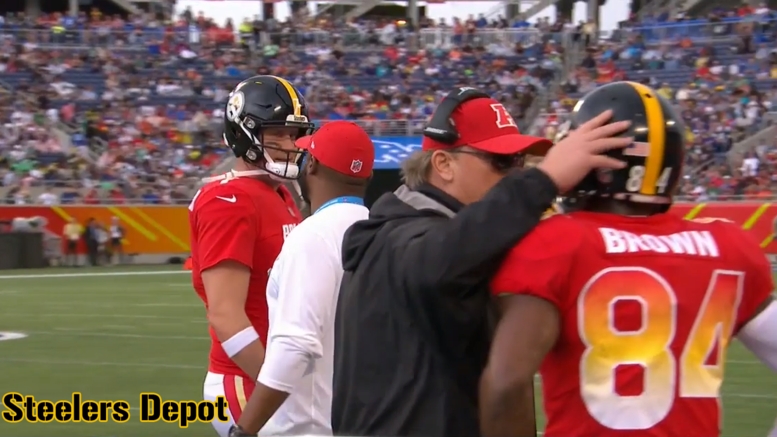 The Pittsburgh Steelers underwent an unusual amount of change by their standards this offseason when it comes to the coaching staff. Three new coaches were hired, with two coaches removed and two moved to new roles. One of those was Randy Fichtner, who this year is taking on the additional task of offensive coordinator while retaining his position as quarterbacks coach.

Fichtner, 54, has held that role before—but not in over a decade, and at the college level. He was a member of Tomlin’s original staff in 2007 as wide receivers coach, which was his first job at the professional level. He moved to quarterbacks coach in 2010, so this is the first coordinator job he has had in the NFL.

During the opening day of training camp yesterday, Tomlin was asked about the difficulty of adjusting to the role of coordinator from previously only working as a position coach, and I thought he had some interesting observations on that as a man who has done that himself in the past.

“Management of staff”, he said, was the primary difference between the job. “Not necessarily what you do with players. But the management of staff, the division of labor—managing that. Coaching coaches”. He doesn’t think that a coordinator’s role in relation to the roster is much different to that of a position coach.

On the two different roles of coordinator and position coach, Tomlin observed that “they’re very different jobs from that perspective”, meaning the management of a coaching staff under you, but “very similar jobs in terms of your relations or interactions with players. I’d imagine that that’s the most significant element. At least it was for me”.

Tomlin’s first job in the NFL was as the defensive backs coach for the Tampa Bay Buccanners in 2001 to 2005. He transitioned from position coach to defensive coordinator in 2006 when he took that role with the Minnesota Vikings. The following year, he moved on to head coach with the Steelers, where he has remained since.

How did he handle the transition from one role to the next? “Details”, he said. “Rolling your sleeves up, communicating with people fluidly on a consistent basis”. He has confidence that Fichtner will be up to the task as well, and he’s not worried about how long it’s been since he had that job.

“I was a wideout coach when he was a play-caller in in 1997”, he noted. The two worked together that year at Arkansas State. “I’ve seen that show before. It’s going to be fun”.

He also said that “not much has changed in the big scheme of things”, in terms of how the game is played. “They got 11, we got 11. We’ve better move the ball fluidly down the grass”.