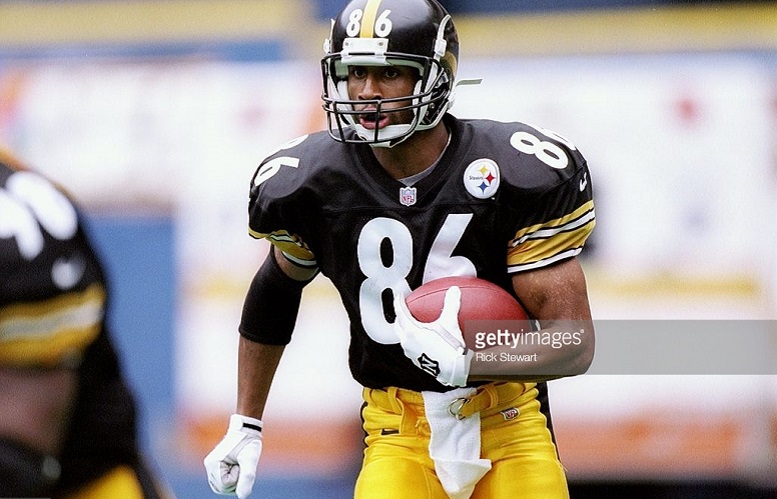 I’m going to attempt to run a short series of posts prior to training camp getting underway in which I take a look back at a few Pittsburgh Steelers players who were the last ones to wear certain uniform numbers before another player wore it and made it famous.

I’ll start this series off with a look back at the last Steelers player who wore No. 86 before wide receiver Hines Ward wore it and made it famous.

In 1997 the Steelers spent their seventh-round draft selection on wide receiver Mike Adams, who had played his college football at Texas. at Texas, Adams had registered 177 total receptions for 3032 yards and 16 touchdowns over the span of five seasons and because of that, many draft analysts at that time had him as one of the top 15 wide receivers in 1997 draft class. Ultimately, Adams was the 23rd of 25 wide receivers drafted in 1997 and the general consensus at the time was that some off-the-field altercations is what led to him falling down the board.

During the Steelers five-game preseason schedule in 1997, Adams caught 5 passes for 138 yards and a touchdown and thus showed enough that he belonged on the regular-season roster. While Adams did start dressing for games immediately for the Steelers, he was primarily used on special teams as a kickoff returner. In fact, his first NFL reception didn’t come until the Steelers fourth regular season game of 1997 against the Tennessee Oilers. That 39-yard reception came from quarterback Kordell Stewart and on a 3rd and 5 play to close out the third quarter and you can see it below.

Unfortunatly for Adams, that lone catch against the Oilers would ultimately be the only one of his NFL career. Adams suffered a torn ACL two games later against the Indianapolis Colts and the Steelers were forced to place him on their Reserve/Injured list as a result. In fact, Adams had returned five kickoffs for 123 yards against the Colts which then gave him 215 yards on 10 total returns for the season.

While the second half of Adams’ rookie season was wiped out by a knee injury, the Steelers still had hope that the young wide receiver would be able to return to full health in 1998. That, however, failed to happen as Adams struggled with a right knee problem during the Steelers 1998 training camp and after ending the preseason with no receptions and no returns, the Steelers parted ways with the Texas product.

“I’m just thankful for the opportunity the Steelers gave me,” Adam told the Pittsburgh-Post-Gazette. “If there’s another opportunity [here, or with another team], I’m sure I’ll take it. If not, I’ll just go back to school, get my education, move on with my life and raise my son.”

As for Ward, the second of two Steelers third-round draft picks in 1998, he was given No. 86 after Adams was cut. Ward had worn No. 15 for the Steelers during the 1998 preseason. Curiously enough, Adams also wore No. 15 during his rookie 1997 preseason before ultimately getting No. 86 after tight end John Farquhar was released.